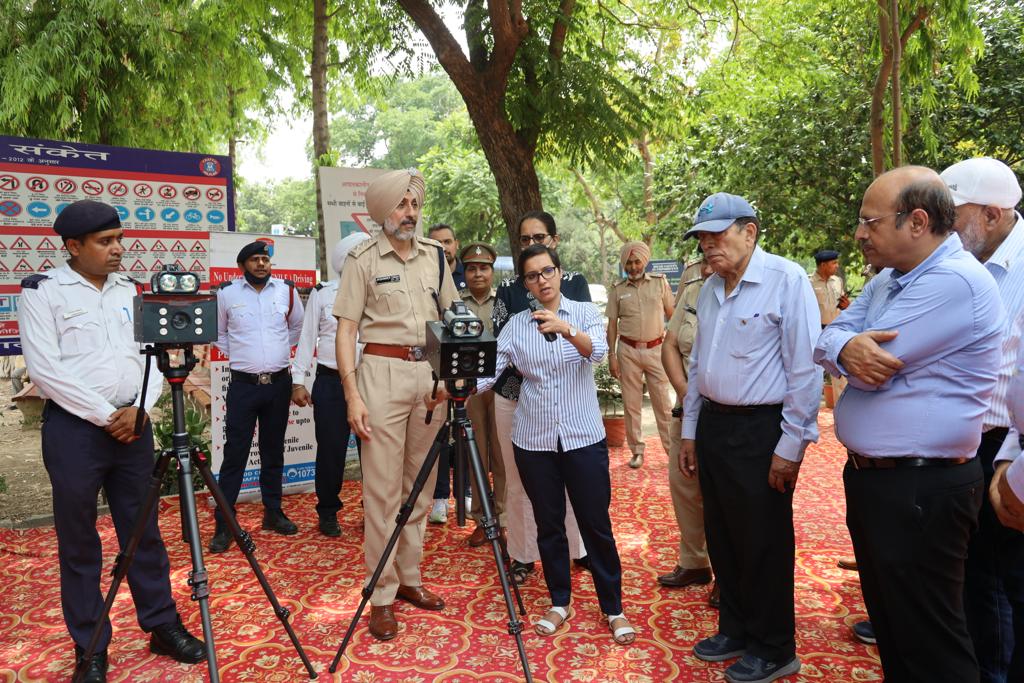 The Chandigarh Traffic Police today launched new portable night speed radar. With the help of night speed radar guns, speeding during late evening and night hours by motorists will be curbed, which will help in reducing road crashes. Soon, challans will also be issued through these night speed radars.

Special stickers for differently abled persons were also launched, which will be affixed on the front and rear windscreen of their vehicles.

Two simulator driving machine comprising four-wheeler driving and two-wheeler driving have also been introduced for imparting driving skills to drivers at Children Traffic Park and make them aware of the common mistakes such as not giving proper and timely signals on turning, not following traffic signs and road markings, invalid parking, speeding etc.