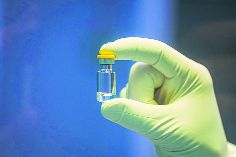 The Post Graduate Institute of Medical Education and Research (PGIMER) has been officially communicated to assess the immunogenicity of Covishield, the potential vaccine developed by Oxford University, along with its safety in the clinical trials that will begin soon.

Immunogenicity of the vaccine is checked in two ways – T-cell response and antibody response provoked in the human body after administering the vaccine.

Antibodies play an important role in immune response to viruses. This study will assess both quantity and quality of antibodies found in blood samples of participants. The quality of antibodies is its ability to neutralise virus so that it cannot infect cells when initially contracted. T cells play an important role in the immune response to viral infections. Some T cells are responsible for killing viruses inside the infected cells.

Dr Madhu Gupta, Professor, School of Public Health, PGI, said: “We have been asked to check the formation of antibodies along with safety. We are going to check whether the participant will be best suited for a safety trial group or immunogenicity group. The ICMR will communicate us the number of participants to be enrolled each for two different groups.”

“Protection against the virus is also through cell-mediated antibody (T cell). We will assess the same in the trial as well,” said Gupta.

Dr Jagat Ram, Director, PGI, confirmed that out of 1,600 volunteers across 17 sites, 1,200 will be listed in the safety group and 400 in the immunogenicity group. “A communication to begin immunogenicity and the safety of the vaccine was received two days ago," he said.

Earlier, the PGI had given consent to the Drugs Controller General of India for conducting trials at the institute. The PGI is among the 17 trial sites for conducting the second and third phases of human clinical trials of Covishield.