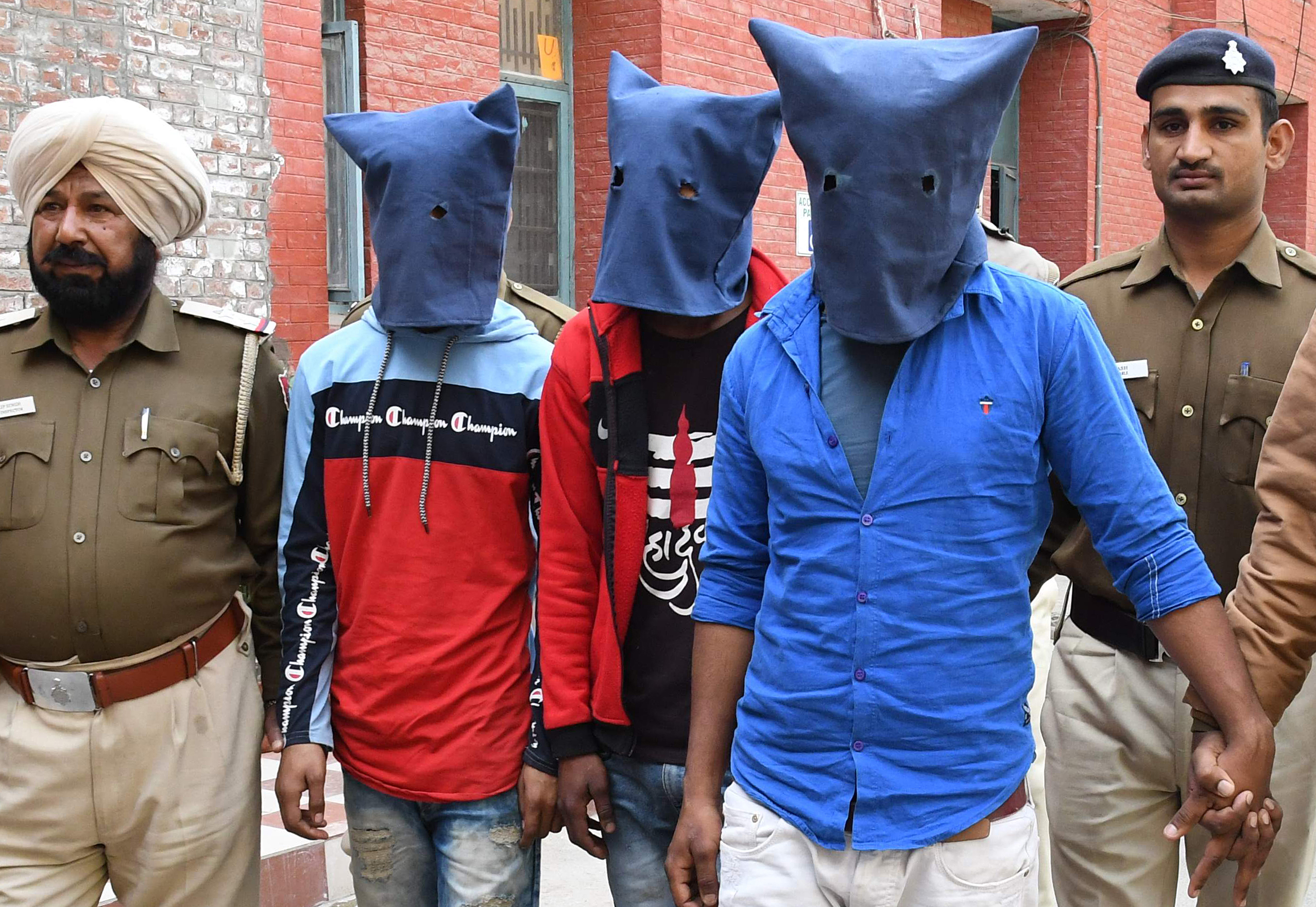 Snatchers in the custody of the police in Chandigarh. file photo

Publicly shaming snatchers would probably not dissuade them from crime but a severe punishment such as 10-year imprisonment can instil fear among them and help curb the incidents of snatching in the city.

Be alert while visiting public places

The UT police have to deploy personnel in plain clothes in areas across the city to curb the incidents of chain snatching. We have to be alert in public places. Avoid looking at your mobile phone all the time. Be careful when someone walks up to you for assistance. If someone is following you, head to a crowded area. Women should avoid wearing heavy jewellery while vising public places. Carry sling bags in front of the body.

Criminals only strike at easy targets and careless individuals. The best way to prevent snatching is to be vigilant all the time. Keep gold jewellery under shirt or cover it up with “dupattas”. The police have to act tough on such criminals. There is a need to redraft the law so that these criminals do not escape easily. A tough law will definitely help reduce such cases.

If these incidents can’t be controlled in City Beautiful which has a good police-citizen ratio, then the situation of Mohali and Panchkula can be well imagined. Snatchers mostly target elderly women in secluded places. Increased CCTV surveillance will help curb the incidents and improve the conviction rate. Jewellers purchasing the stolen jewellery must be taken to task. An increase in conviction rate may result in a reduction in crime. People must be vigilant while visiting public places.

An empty brain is devil’s workshop. Chain snatching is an easy crime which brings ready cash to unemployed youngsters who need money to survive, and in most cases to meet expenses on drugs. Owing to weak police patrolling, incidents of snatching often take place in poorly illuminated spots. Women should not wear gold chains while going out for walks or even shopping. The police must increase patrolling at vulnerable spots. The Administration should instruct the Electricity Department to ensure proper illumination of every nook and corner of the city.

The police should be deployed in all vulnerable areas. The police officers concerned be made accountable in case this nuisance continues unabated. The court should award an exemplary punishment, such as five-year jail without bail for first offence and 10-year jail for repeated one. The laws be amended accordingly on priority. The existing punishment of seven-day or one-month imprisonment has failed to deter criminals from committing snatchings. Most criminals again start snatching chains after getting bail or completing jail term of a few days.

Separate patrol teams be formed for the areas prone to snatching incidents. The police should keep tabs on the activities of persons involved in incidents of snatching. People must also act in a responsible manner. Besides being vigilant while moving solo in public places, they must inform the police whenever they notice unusual activities in their area.

The police always know and are supposed to know about all criminals. If snatchers are not traced, stringent action should be taken against the police station concerned. The police should be given power to act, deliver and become responsible.

The instances of chain snatching can be controlled by deploying police personnel in plain clothes in vulnerable areas. The installation of more CCTV cameras will also help check such crimes. The offence should be made non-bailable and severe punishment should be given to criminals. It is really appreciable that of late, courts have started giving severe punishments to chain and mobile-snatchers.

A better community policing, strong presence of force on roads and streets, improved police-public relationship will go a long way in curbing such crimes which are perpetrated young migrants or students who are in need of money. Besides, creating separate wings in the police, improving the conviction rate, increasing surveillance through high-definition CCTV cameras and, last but not least, amending the law to provide for stringent punishment to criminals, especially those involved in snatchings, robberies, thefts and crime against women will lead to a reduction in such crimes.

There has been a considerable increase in the number of snatching cases in the city, unemployment being one of the major reasons. To keep snatchers at bay, women should not wear heavy gold jewellery and carry cash or mobile phones in their bags. People should stay cautious while walking on the road. Police in plain clothes should be deployed in vulnerable areas. The police should hold random nakas.

Ensure CCTVs are in working condition

The police alone cannot do everything. People should be alert in public places. Women must avoid wearing expensive jewellery. All CCTV cameras should be in a working condition. Patrolling in crowded areas should be increased. Keeping an eye on anti-social elements will help curb such incidents.

Surveillance in vulnerable places should be increased. Police personnel in civvies must be deployed at places prone to snatching. More CCTV cameras should be installed to create instil a fear of being watched among snatchers. The help of social organisations, NGOs and police marshals should be taken to boost the anti-snatching measures. The police must issue guidelines and start awareness campaigns for the general public.

The women should refrain from wearing gold chains and other heavy jewellery while going to markets, particularly on foot or on a cycle-rickshaw. Instead of hand bags, women can carry small purses. More policemen in plain clothes should be deployed in crowded and secluded places. The citizens who nab such criminals should be adequately recognised and rewarded. TJewellers buying stolen material should also be booked and treated on a par with snatchers. There is a need for a common police control room for the tricity to curb snatching incidents.

Snatchers have different modus operandi. Some break vehicle glasses, some say diesel is leaking and some rob women by offering them a lift. Residents must be careful while moving out of their houses. The police should carry out intensive checking so that the menace of snatching may be eradicated from the city.

The main reasons for a spurt in the incidents of snatching are no fear of law, carelessness on the part of mobile users and yearning for mobiles among the youth. The authorities can take several steps such as increasing police presence on commonly frequented areas, providing adequate lighting on roads, parks, etc, and increasing CCTV surveillance. The police should be agile enough and properly equipped to catch snatchers. Also, punishment for snatching should be deterrent enough. There should be a database of snatchers, drug addicts and other criminals at every police station.

Use digital modes of payment

The installation of more CCTV cameras and increased patrolling would help curb such crimes. People should avoid visiting lonely places alone. The police should fast-track investigation to nab criminals. Instead of dealing in cash, people should use the digital modes of payment. Avoid wearing jewellery while going out. A harsh punishment should be given to criminals to instil fear among them.

The UT police should deploy personnel in plain clothes to curb the incidents of snatching. Random checking of those riding high-power bikes should be conducted. There should be awareness campaigns for citizens. Patrolling must be increased in isolated and public places. The police must take steps such as identifying vulnerable spots, forming anti-snatching squads, etc, to control the cases of snatching.

Though the police remain on their toes throughout the day, it becomes the moral responsibility of the citizens to take a few precautions to avoid snatching. Elderly persons should avoid wearing jewellery while going out for a morning walk. People returning home from office should change their routes off and on. Police personnel in plain clothes can be deployed to keep an eye on anti-social elements in the busy markets.

No drastic steps being taken by the police

Unemployment caused by the Covid-19 pandemic has led to an increase in the cases of loot, snatching and other criminal activities in the tricity. There are no drastic steps taken by the police to curb such crimes. If sectors 11, 17, 19, 31, 34, 36 and 39 are not safe which have round-the-clock police deployment, then how can one expect other areas and roads to be safe in the tricity? Police patrolling has to be intensified during the wee as well as late night hours, particularly on inner roads. Suspicious persons should be questioned by the police. Courts should punish criminals through fast-track trial and with stringent punishment. Functioning of CCTV cameras should be checked periodically.

Police need to be proactive

We have not been able to make the tricity snatcher-free. People are afraid of wearing jewellery in public places. Snatchers need to be penalised heavily. CCTV cameras must be installed to keep an eye on anti-social elements. The police need to be proactive. Train girls in self-defence.

Law and order situation in Chandigarh and Mohali has gone for a toss. The authorities are doing nothing to beef up security. Criminals move freely on bail and dare to commit crime again. The government needs to review the functioning of police and judicia system. Laws should be amended to control such crimes.

Make efficient use of CCTV cameras

It seems all is not well with the law-enforcing agencies. Criminals do not fear law. They believe they will not be caught and if nabbed, will not be convicted. The police should beef up security at vital points, intensify patrolling, check two-wheeler riders and make an efficient use of CCTV cameras. The police of Mohali, Panchkula and Chandigarh should work in tandem. They should also hold awareness drives. Cooperation of people is also important

The Administration is totally responsible for increasing cases of snatching, Kidnapping and theft in the city. A joint action committee should be formulated in the tricity to control the crime. There is no need to lock the stable after the horse is stolen. The police should perform their duties properly. Patrolling should be increased in border areas.

A committee constituted on the directions of the Supreme Court has asked the UT Estate Office to relook into the issue of compoundable building violations in the city. It has been recommended that a window should be given for the submission of building plans during which there shall be no penalties. What steps should the Estate Office take to provide relief to building owners? 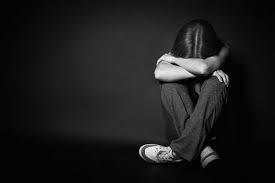