Over 3 years on, only 20 sectors of Chandigarh get gas pipeline

36 yet to get connection; deadline extended till 2022 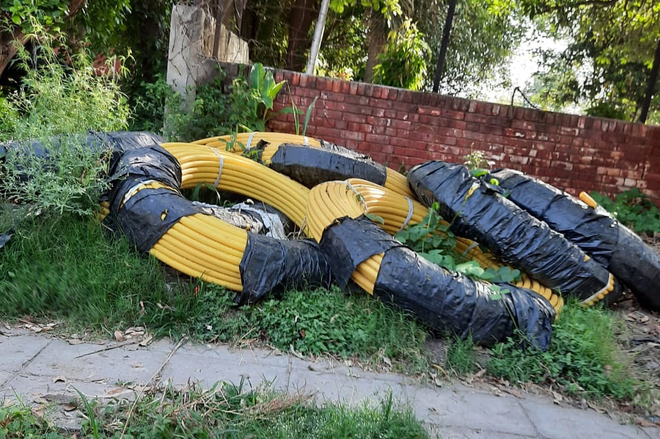 Nearly three-and-a-half years after Minister of Petroleum and Natural Gas Dharmendra Pradhan inaugurated the compressed natural gas (CNG) and piped natural gas (PNG) projects in the city, the work is far from completion.

According to Indian Oil Adani Gas Private Limited, which is carrying out the work, gas pipelines have been installed in 20 sectors and 36 are still remaining.

The work is currently being done in the southern sectors.

Though the firm was hoping to complete the work this year, the deadline has been extended till the 2022 financial year.

At present, the work is stopped due to the unavailability of labour in view of the Covid-19 outbreak.

PNG is for houses, hotels and restaurants, while CNG is for vehicles. The firm has set up CNG stations at six petrol pumps and is planning to open four more in Sectors 22, 34, Madhya Marg and Industrial Area in the next few months.

Sanjay Tarat, asset head, Indian Oil Adani Gas Private Limited, said, “We hope to complete the work in 2022. There have been permission constraints and one-month time in one sector is too less. We have been taking up the issue with the Municipal Corporation. We are left with just 36 sectors as gas pipelines have already been installed in 20 sectors.”

PNG is around 20 per cent cheaper than LPG supplied in cylinders.

KL Aggarwal, president, Modern Housing Complex (Duplex) Residents’ Welfare Association, rued, “The work in our area has been stopped for over two years. Nearly 300 people have paid advance registration fee and are waiting for gas connection. The Municipal Corporation has given permission, but the work has still not taken off.”