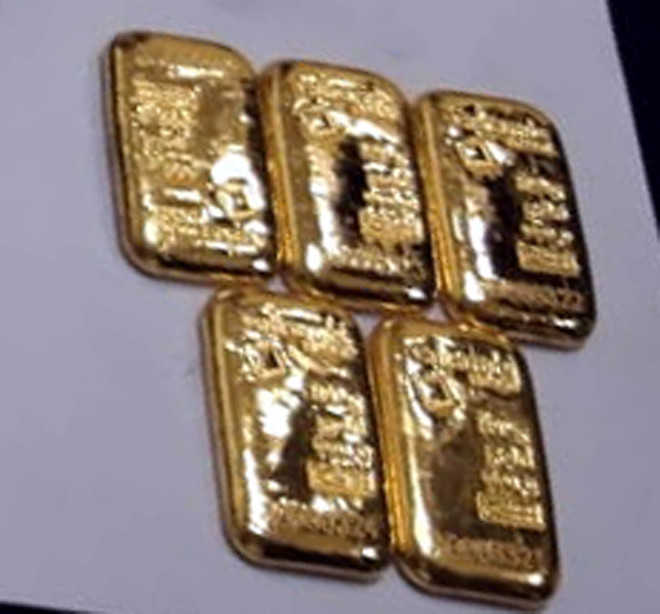 The Customs department has recovered over four kg gold worth more than Rs 2 crore from two passengers who arrived from Dubai at the Chandigarh international airport here on May 25, an official said on Friday.

Customs officials intercepted a passenger and found four gold bricks of one kg each from his hand bag, said the official.

The gold bricks were concealed inside a towel, said the official.

The market value of the gold was Rs 2.08 crore.

Customs officials intercepted another passenger from the same flight and found five cut pieces of gold chain weighing 142 grams with a market value of Rs 7.36 lakh, said the official.

Further investigation was under way, the official said.