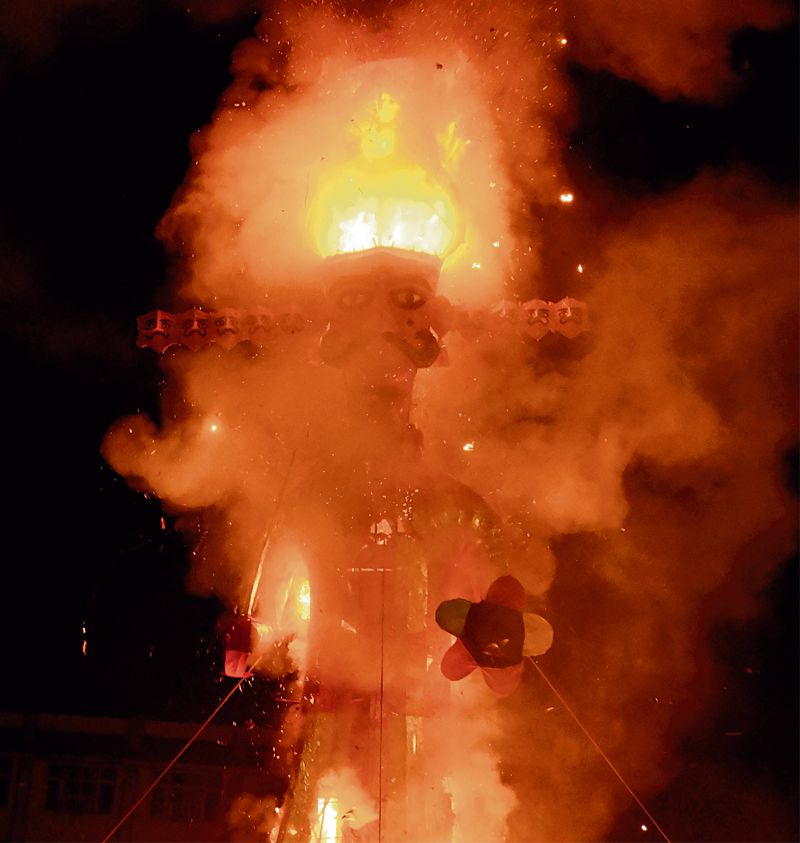 As many as nine cases have been registered against individuals, the management of Ramlila committees under Sections 188 and 34 of the IPC at various police stations in the city.

Stuffing effigies of Ravana, Kumbhakarana and Meghnadh with firecrackers during the Dashera celebrations have landed the management of various Ramlila committees of the city in trouble after cases were registered against them for flouting the cracker ban and violating the orders of the District Magistrate, UT.

As many as nine cases have been registered against individuals, the management of Ramlila committees under Sections 188 and 34 of the IPC at various police stations in the city. Most of the Ramlila committee members took the plea that the ban order of the UT Administration came too late as the effigies had been erected by then and it was not possible to dismantle the structures. A few claimed that it was not possible to burn the effigy without the use of firecrackers.

Madan Lal Acharya, president, Azaad Dramatic Club, Mani Majra, and Navdeep Kaushik, general secretary, and other members of the club, who burst firecrackers at a ground near the Housing Board light point, Mani Majra, have been booked too.