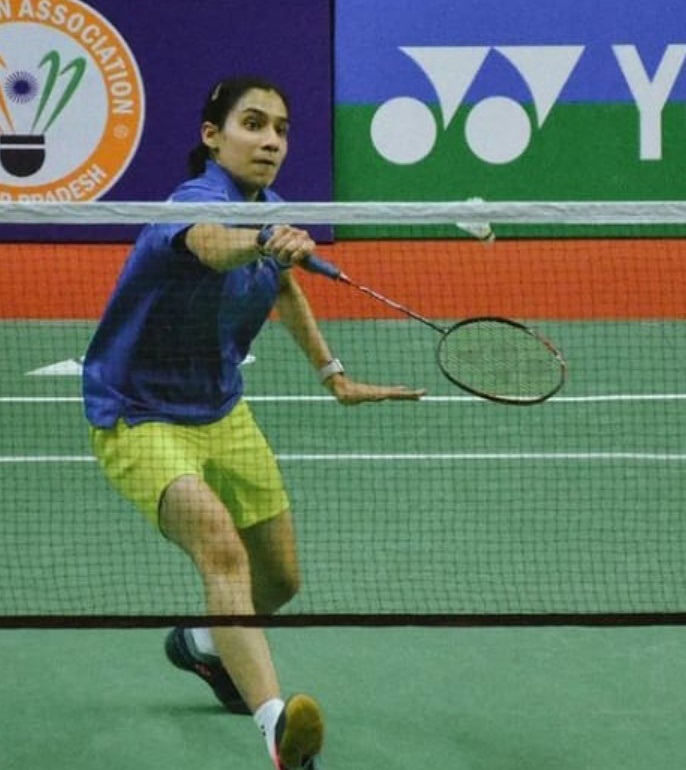 Anupama in action during a badminton match.

It’s a dream of every player to play against his role model one day. Anupama Upadhyaya, a 16-year-old ace shuttler, also inched closer to face two-time Olympics medallist PV Sindhu in the final of Syed Modi India International 300 Super Series in Lucknow. However, her hopes came crashing down as she lost her semi-final tie, despite winning the opening game, to Malvika Bhansod.

“I was confident of winning the match. However, the final result was disappointing. I was confident of facing my role model Sindhu in the final. I was prepared to showcase the best of my ability in this match. Nevertheless, I still have a long way to go to achieve the best and I will give my best in future,” said Anupama.

“By the virtue of these two results, I am hoping to get good points to improve my rankings. There are high chances that I will manage a berth in the top 100 of Women’s Singles Badminton World Federation (BWF) rankings,” said Anupama.

She will now participate in the Open 2022 Super 100 Series Tournament in Cuttack, scheduled to be held from February 25 to 30.

“As I said, I still have a long way to go. Playing in the Syed Modi India International 300 Super Series was a learning experience, especially after overcoming the hindrances that occurred due to the Covid pandemic. I am looking forward to improving myself in the Super 100 Series, scheduled for next month,” said Anupama, who will turn 17 next month.