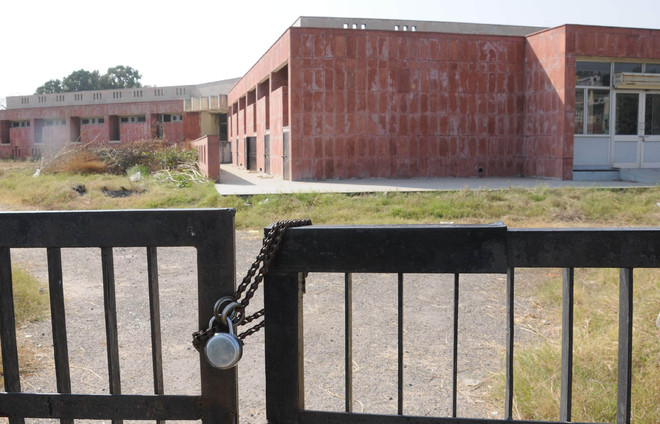 The Fish and Meat Market in Sector 41, Chandigarh. file photo

Having failed to run the AC Fish and Meat Market in Sector 41 for 11 years, a committee of the Chandigarh Municipal Corporation today resolved to change its status to general trade market.

“Booths are lying closed for the past 11 years despite various attempts to auction them. They are in a dilapidated condition now and items are being stolen every now and then. We had earlier changed its status from fish market to fish and meat market, but the situation remained the same. We should now change it to general trade market to woo buyers. We will take it to the House meeting for approval,” said Shakti Prakash Devshali, Chairman, Gaushala Committee, MC.

The committee members also directed the officials concerned to check open and illegal sale of chicken and meat, especially in the residential areas. “The violators should be first issued a notice and a challan for subsequent violation. Why will they take a booth when they can sell on roadsides under unhygienic conditions?” said the members.

Earlier, the MC had to withdraw fish tenders as only nine persons expressed interest in buying 32 booths. The civic body later decided to rent out these through an open auction, but that also didn’t work out.

The UT Administration constructed the Sector 41 fish market for Rs 5 crore in 2006 and later handed it over to the MC in 2009.

The MC initially offered to sell the booths for Rs 60 lakh each. Later, it offered to rent out booths for Rs 30,000-35,000 per month. After this, they had decided to rent them out through an open auction with Rs10,000-15,000 as monthly rent. All these schemes failed attract people.