Panel orders probe into 'abuse of dominant position' by CHB 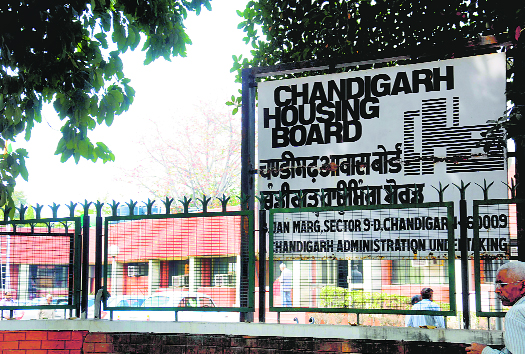 The Competition Commission of India (CCI), New Delhi, has directed an investigation into an alleged abuse of dominant position by the Chandigarh Housing Board (CHB) in a case related to the payment of an instalment of a flat.

According to informant, Ramesh Kumar, a resident of Kurukshetra in Haryana, the CHB had floated a self-financing housing scheme in December 2010 offering 160 flats on a freehold basis in Sector 51-A. On October 25, 2011, the UT Administration stated that “it will take two years to complete the housing scheme”. It has been averred that the construction of flats commenced in October 2011, but the contractor failed to complete the construction within the stipulated period.

However, the CHB issued an acceptance-cum-demand letter (ACDL) on April 25, 2012, advising the schedule of payment of instalments and the last instalment was to be paid within 18 months, by October 25, 2013.

He stated that he had deposited over Rs38 lakh till April 2013, but could not pay the last instalment in time. However, there was also corresponding delay in the completion of construction by one year. While the construction was nearing completion, the CHB decided to initiate the process of allotment and cancelled the registration of the informant on October 24, 2014, after issuing a short notice on October 17, 2014, owing to the non-payment of the last instalment.

The informant submitted an appeal on November 3, 2014, to the CHB Chairman, requesting condonation of the delay in paying the third instalment and revival of the allotment of the flat. He deposited the amount of the last instalment on November 18, 2014.

The CHB intimated the informant on January 27, 2015, to deposit an additional amount of Rs5,36,900 towards interest, etc. The said amount was deposited on February 6 that year and the revival order was issued by the CHB on April 22, 2015.

The informant further stated that the CHB charged an interest at the rate of 30 per cent per annum for a period from October 25, 2013, to November 18, 2014, although there was concurrent delay on the part of the CHB in initiating the process of allotment and that the Board also charged renewal fee for the revival of registration.

The informant alleged that the CHB abused its dominant position by way of imposing unfair terms and clauses on the allottees.

Alleging that certain clauses in the brochure/scheme were exploitative, he has sought interim relief in the form of refund of Rs5,36,900. Besides, he also demanded any other relief which the commission might deem fit and appropriate.

The CCI stated, “The commission is of the prima facie view that the CHB appears to have acted in derogation of the provisions of Section 4(1), read with Section 4(2), of the Competition Act.”

The commission directed the Director-General to investigate the matter and submit a report within 60 days.