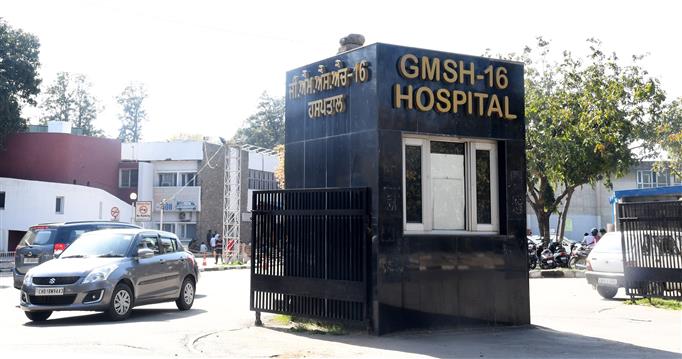 The UT Administration has constituted a fact-finding committee to go into extension granted to the sole chemist shop at the Government Multi-Speciality Hospital-16 and wrongful increase in the shop size.

The committee chaired by Akhil Kumar, Additional Secretary Health, will look into alleged demolition of the partition wall between the passage and chemist shop No. 6 at the GMSH-16.

The district court had ordered the Health Department to initiate a fact-finding committee to probe alleged encroachment by the existing chemist.

The committee will ascertain the area of the chemist shop (garage) No. 6 at the time of initial auction on December 28, 1992, handing over on February 18, 1993, and the area presently occupied by the chemist shop.

As per preliminary investigation, the inspection suggested the size of the shop, as per the drawings, was 151.87 sq ft, but it had been increased to 329.16 sq ft.

The load-bearing partition wall between the shop and passage has been found dismantled, and the adjacent passage linking the parking area on the rear side encroached upon, thereby enlarging the size of the shop.

In case of any variation in area size, the time period when the partition wall might have been demolished and role of the erring officials will also be probed by the committee.

In if a variation is found, the committee will find out the damage charges (approximate rental charges) for the additional area occupied by the chemist shop. The committee has been asked to devise own methodology to find out the correct factual position and allowed to go through the available record and connect with the persons/officials/ex-officers concerned. The report will be submitted within 15 days from the initiation of the inquiry.