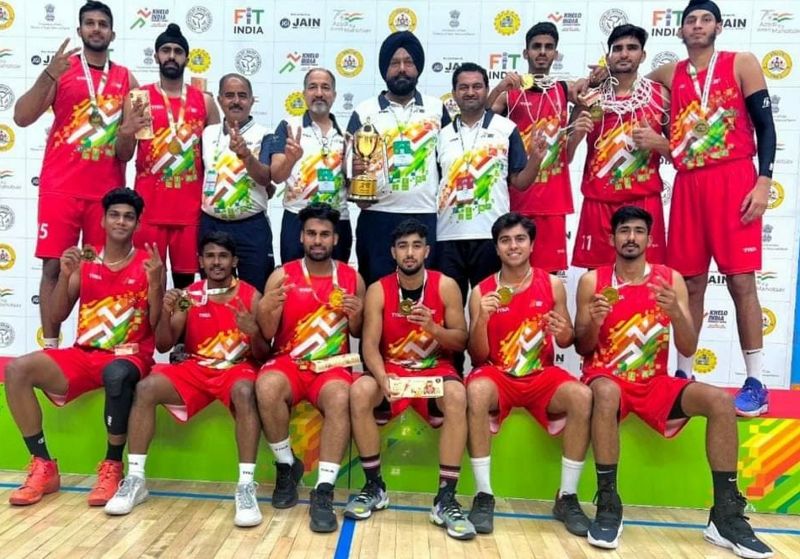 The Panjab University basketball team after winning the gold in the All-India Khelo India Games in Bengaluru on Wednesday.

Panjab University cagers won gold in the ongoing Khelo India University Games in Bengaluru today. The side defeated Jamia Millia University, New Delhi, by one point. The side lost the first quarter 14-27 but recovered in the second quarter to log a 23-13 win. In the third quarter, both teams played a 23-23 draw, whereas in the last quarter, the Panjab University team logged a 23-19 win to bag gold by 85-84.

In the semifinals, Panjab University men defeated the University of Madras 82-68

Gold in shooting too