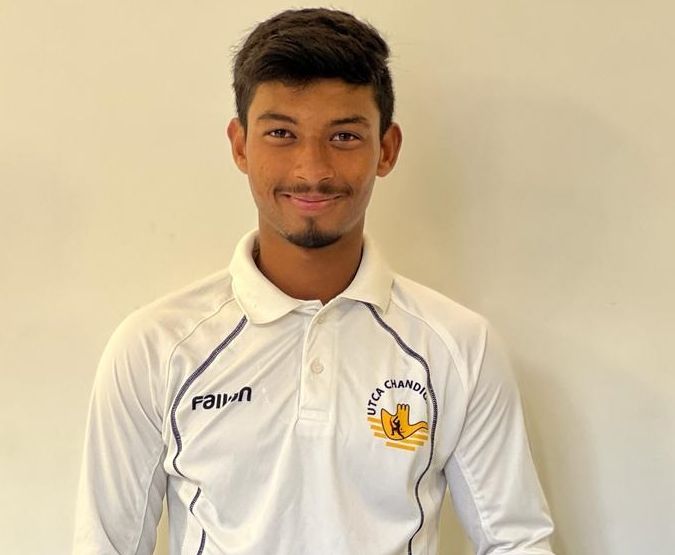 An eight-wicket haul by Chandigarh’s Paras helped Chandigarh boys to register an innings and 111-run win against Arunachal Pradesh on the second day of their Col CK Nayudu Trophy match played at Anand (Gujarat). Paras claimed a total of 13 wickets in the match.

In response to Arunachal Pradesh’s first innings of 79 runs, Chandigarh declared their innings at 286/8 with a 207-run lead. In their second innings, Arunachal Pradesh could score only 96 runs. Earlier, Chandigarh resumed from their overnight score to 217/6 and went on to score 286 runs before declaring their innings. Skipper Arjun Azad came up with a fine 149 off 115 balls, with 23 boundaries and three sixes. Neel (33 off 42 balls) and Arshnoor Singh Pannu (13) were the other main contributors to the score. Mibom Mosu claimed three wickets to remain the best performer for the bowling side, while Sagar Rana bagged two and D Bagra and Leki Tsering claimed one each.

Mosu (6) became the 8th victim of Paras. With Aryan Sahni (1) dismissal, the side collapsed at 96 runs.