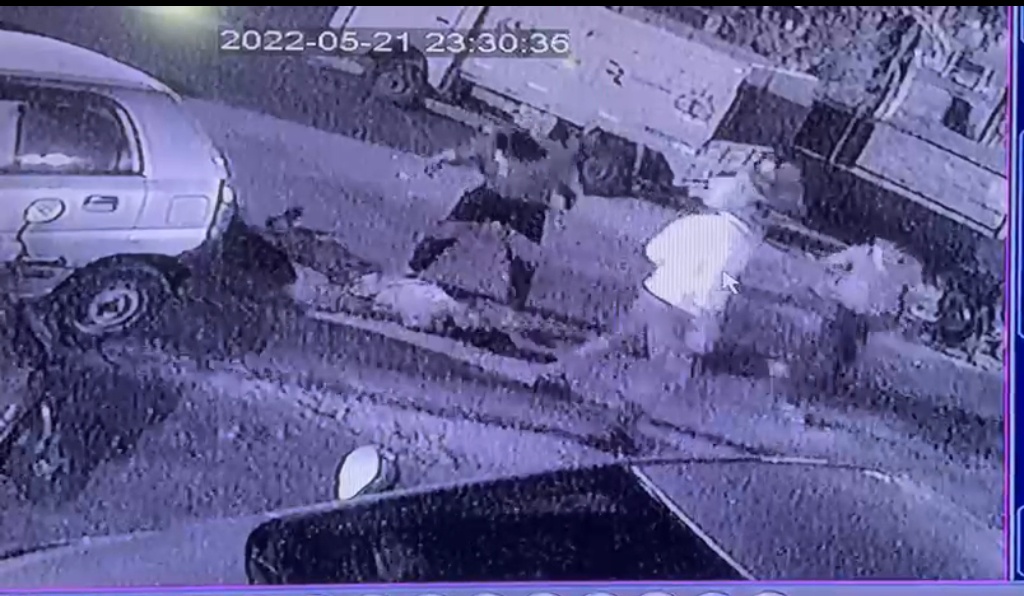 A CCTV grab of the incident.

A pedestrian, who was returning home, was beaten to death at Mani Majra last night after a fight over parking earlier in the day. The incident was caught on a CCTV camera that led to the identification of the suspects, one of whom, Jogesh, has been arrested. The remaining suspects, two of whom have been identified as Rajesh and Sonkar, are on the run.

Interestingly, the police had initially registered a case under Section 304 (culpable homicide not amounting to murder) of the IPC. However, later they realised that it was a case of murder and added Section 302 (murder) to the FIR.

Residents gathered near the Housing Board light point on Sunday to stage a protest, demanding the immediate arrest of the suspects.

The police said the victim had a fight with one of the suspects over parking on Saturday afternoon. People intervened and pacified them after which they left the spot.

Interestingly, the police had initially registered a case under Section 304 (culpable homicide not amounting to murder) of the IPC. However, later, they realised that it was a case of murder and added Section 302 (murder) to the FIR. The police said the victim, identified as Suraj Kumar, a resident of Mani Majra, who worked as a safai karamchari with the MC on a contract basis, was returning home when he was attacked.

In the CCTV footage, four miscreants with their faces covered are seen walking down the road. One of them unexpectedly attacks the victim on his face with a sharp weapon.

The victim falls down after which the suspect kicks him a few times and slaps him.

All suspects then causally walk away from the spot. The entire incident, that took place at 11.23 pm, was caught on a CCTV camera installed outside a shop. Passersby saw the victim lying on the road. The victim was rushed to the Civil Hospital, Mani Majra, where doctors declared him brought dead. A case has been registered at the Mani Majra police station.