As these adverse effects were mild and resolved, general population should feel assured about vaccine safety and should be encouraged to adopt vaccination at the earliest: Researchers 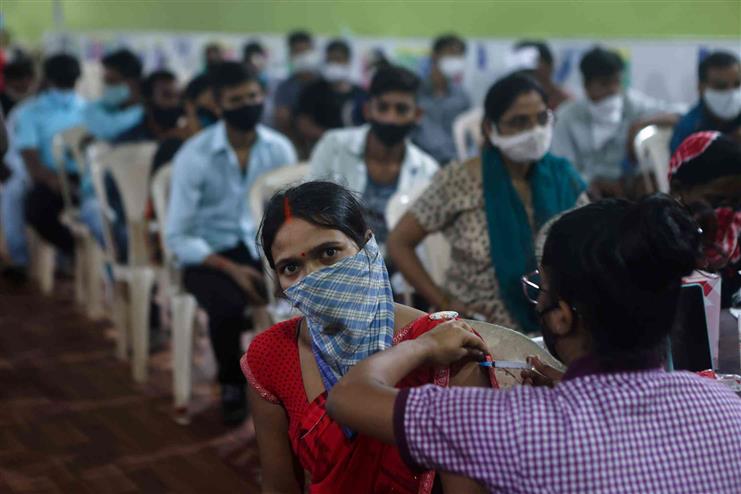 The researchers of Post Graduation Institute of Medical Education and Research (PGIMER) have found skin manifestation as an adverse effect of Oxford-AstraZeneca Covishield vaccine.

The first case was a 25-year-old woman with complaints of low-grade fever, joint pains and red, painful nodules over legs and forearm of three days duration. The dermatological symptoms had resolved completely at follow-up visit after two weeks.

According to the researchers, EN eruption has been described in association with Covid-19 infection as well. “EN associated with other vaccines has been rarely reported. However, this is the first report of any Covid-19 vaccine-induced EN to the best of our knowledge,” said the researchers.

The second case was of a 55-year-old man who presented with first episode of herpes zoster of both after Covid-19 vaccination. He reported receiving first dose of Covishield three days prior to cutaneous eruption. Resolution of symptoms was noted on follow up visit after two weeks.

In the third case, there was a 24-year-old man with complaints of rashes from three days. The patient reported receiving Covishield 24 hours prior to onset of skin lesions. A diagnosis of pityriasis rosea (PR) was made and he was prescribed a medication.

PR is a skin rash that sometimes begins as a large spot on the chest, abdomen or back, followed by a pattern of smaller lesions.

The researchers said PR-like rash has been reported previously with Covid-19 infection as well as other Covid-19 mRNA vaccines.

Skin related adverse effects of Moderna and Pfizer vaccines have been described recently but similar reports with Covishield are lacking in literature.

The researchers said the three adverse events were temporally related to Oxford–AstraZeneca Covid-19 vaccine. While reactivation of herpes and pityriasis rosea have been described with Covid-19 vaccination before, erythema nodosum has not been reported previously.

“As these adverse effects were mild and resolved, the general population should feel assured about its safety and should be encouraged to adopt vaccination at the earliest,” the researchers concluded.