PGI to act against technicians who participated in agitation in Delhi : The Tribune India

PGI to act against technicians who participated in agitation in Delhi

The authorities clarified that no pay would be given for the period staff remained absent from their duties, as per the principle of ‘No Work, No pay’ laid down by the Supreme Court 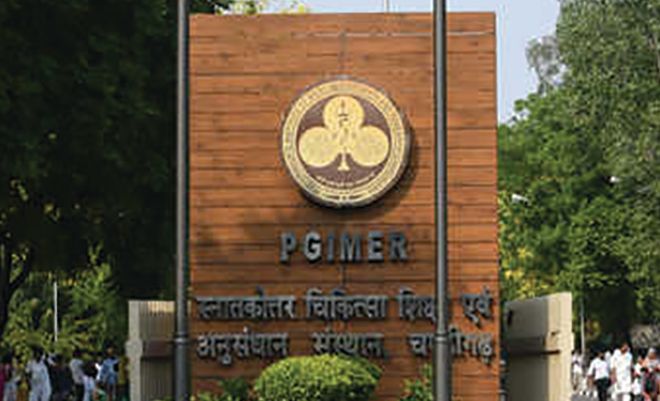 The Post Graduate Institute of Medical Education and Research (PGIMER) has warned that strict punitive action would be taken against the members of technical association who held a dharna at Jantar Mantar in New Delhi today.

The ‘dharna’ appears to be entirely uncalled for, stated the institute, adding that it disrupted the deliverance of emergency and patient care services.

The PGI Medical Technologists’ Association took out a rally to protest the non-implementation of the Supreme Court judgment regarding the grant of backlog promotion scheme to non-faculty staff on completion of eight years of service on continuous basis, cadre review of technical staff with effect from March 1, 1992, grant of Grade Pay of Rs4,600 to junior technicians (lab/X-ray/RT) with effect from January 1, 2006, and payment of arrears of hospital patient care allowance to Group B employees.

A notice issued by the PGI Administration stated that it had come to its notice that the PGI Medical Technologist Association and the PGI Employees’ Union (NF) conveyed their decision to go for dharna at Jantar Mantar and protest march at Nirman Bhawan, New Delhi, and various technicians of the institute had been sending request for one-day mass casual leave/compensatory leave/earned leave to take part in the protest. The administration refused the leave to the employees and a list of all such employees who had applied for it has been sought from the heads of various departments of the institute.

The PGI authorities clarified that no pay would be given for the period staff remained absent from their duties, as per the principle of ‘No Work, No pay’ laid down by the Supreme Court.

“Any strike, which operates to disrupt the statutory provisions, is illegal. The principle of ‘No work, No Pay’ as upheld by the Supreme Court shall be applicable. No leave of any kind shall be sanctioned to the employees during the strike/dharna period,” read the notice by PGI.