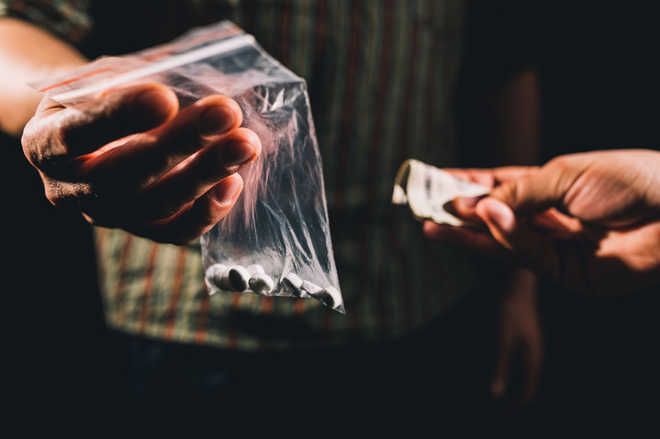 Inspired by an appeal of the Chief Minister, Bhagwant Mann, to make Punjab drug free state, a Zirakpur resident in a daring act made a video of the drug peddler selling cannabis after posing himself as a dummy customer.

After seeing the video clip the Zirakpur police registered a case against unidentified drug peddler. However, the accused managed to flee from the city. The police have also recovered 6 gm of cannabis from the complainant and launched a manhunt to nab the drug peddler.

Rajan Jaiswal of Dhakoli, in his complaint to the police stated that realising his duty towards the community he made a video of the drug peddler, who was selling cannabis in the Dhakoli area, while posing as dummy customer. He handed over cannabis to the police.

Investigating officer ASI Naib Singh said Rajan in his complaint to the police had stated that he and his friend were near jhuggis, located near the cremation ground, when they came to know that a drug peddler was selling cannabis to jhuggi dwellers. The ASI said Rajan, along with his friend, posed as a dummy customer and went to the unknown person and asked for cannabis after giving him Rs 100. The ASI said while receiving drug powder Rajan’s friend started filming purse of the drug peddler in which he had kept cannabis. After getting suspicious drug peddler fled from the scene, the ASI added.