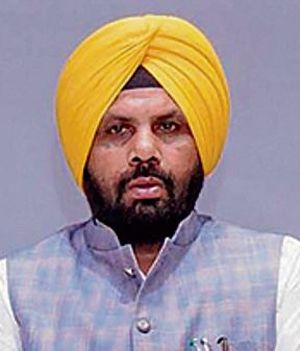 Power Minister Harbhajan Singh ETO today visited the three damaged towers at Zirakpur and took stock of the restoration work being carried out by the Powercom staff. He said people of Punjab were suffering due to the failure of the previous governments to provide basic facilities to the people of the state.

Harbhajan said he had asked for a thorough investigating into the reasons behind the collapse of these towers and if any official was found wanting in carrying out his duty properly, strict action would be taken against him.

The minister said he was aware that the population of Zirakpur had crossed 5 lakh and there was a need for better infrastructure. The government was fully committed to providing basic amenities like electricity to the citizens of Punjab. He said the power supply would be restored to the areas of Zirakpur shortly.