The GRP states that the booth has not been functional since the onset of the pandemic, except for two months in 2021 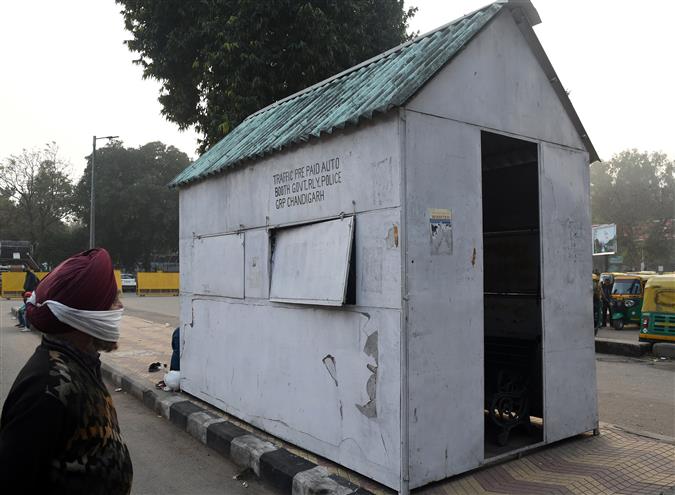 The traffic prepaid auto booth at the city railway station, which is manned by the Government Railway Police (GRP), has been lying defunct and the new rates have not been displayed at the booth. While the GRP states that the booth has not been functional since the onset of the pandemic, except for two months in 2021, auto drivers rue that the old rate list has not been updated in accordance with the rising CNG prices.

“This booth was installed in 2012 or 2013. It was functioning until the pandemic happened. Since then, the booth has not been operational. We have some receipts of June and July 2021. We will see to it that the new rates are displayed at the booth, after getting these from the UT transport office,” said Vilayati Saini, SHO, GRP, Chandigarh Railway Station.

Meanwhile, auto drivers are hassled by the old rates displayed at the booth. They say the price of fuel, especially CNG, has almost doubled since the pandemic and with the old rates, they don’t even break even, leave alone making profits. “The rates displayed at the booth have not been updated. The fare from the railway station till Sector 17 is Rs70 on the rate list, but we charge about Rs100. The price of CNG now is Rs71 and that of LPG Rs66.50 per kg. How do you expect us to run autos in such a scenario,” asked Bhupinder Shukla, an auto driver at the station.