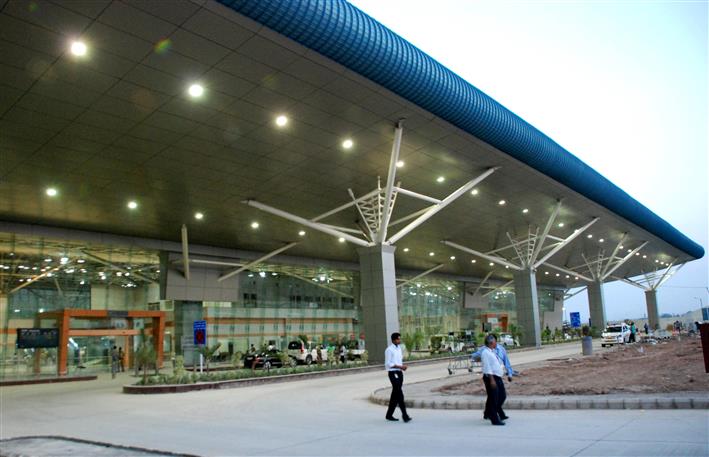 The international airport terminal in Mohali.

Prime Minister Narendra Modi on Sunday announced that Chandigarh International Airport in Mohali would be named after Shaheed Bhagat Singh as a tribute to the freedom fighter.

The PM made the announcement in his “Mann ki Baat” broadcast just days before the martyr’s birth anniversary on September 28.

Describing Shaheed Bhagat Singh as a brave son of Mother India, the PM called upon every youth to do “something new” to mark the birth anniversary of the martyr, terming the occasion as a special day of “Amrit Mahotsav”.

“Let us take inspiration from our freedom fighters, follow their ideals and build the India of their dreams… this is our tribute to them. The memorials of martyrs, the names of places and institutions named after them inspire us with a sense of duty,” he said.

The Punjab and Haryana governments had last month agreed to name the Chandigarh International Airport after freedom fighter Bhagat Singh. The decision had come after Punjab Chief Minister Bhagwant Mann and Haryana Deputy Chief Minister Dushyant Chautala held a meeting over the issue.

Mann and Haryana CM Manohar Lal Khattar among other leaders welcomed the announcement. This is the result of the strenuous efforts of the state government, an official statement quoting Mann said.

During his address, the PM also raised the threat to marine ecosystems and expressed concern about the “disturbing” menace of litter on beaches.

He also asked people to suggest names for the eight cheetahs brought from Namibia to Kuno National Park in Madhya Pradesh.

He urged people to go in for khadi products during the celebrations of Navaratri and also for the birth anniversary of Mahatma Gandhi on October 2.