Released in 22 scheduled languages of India, the comic is first of its kind 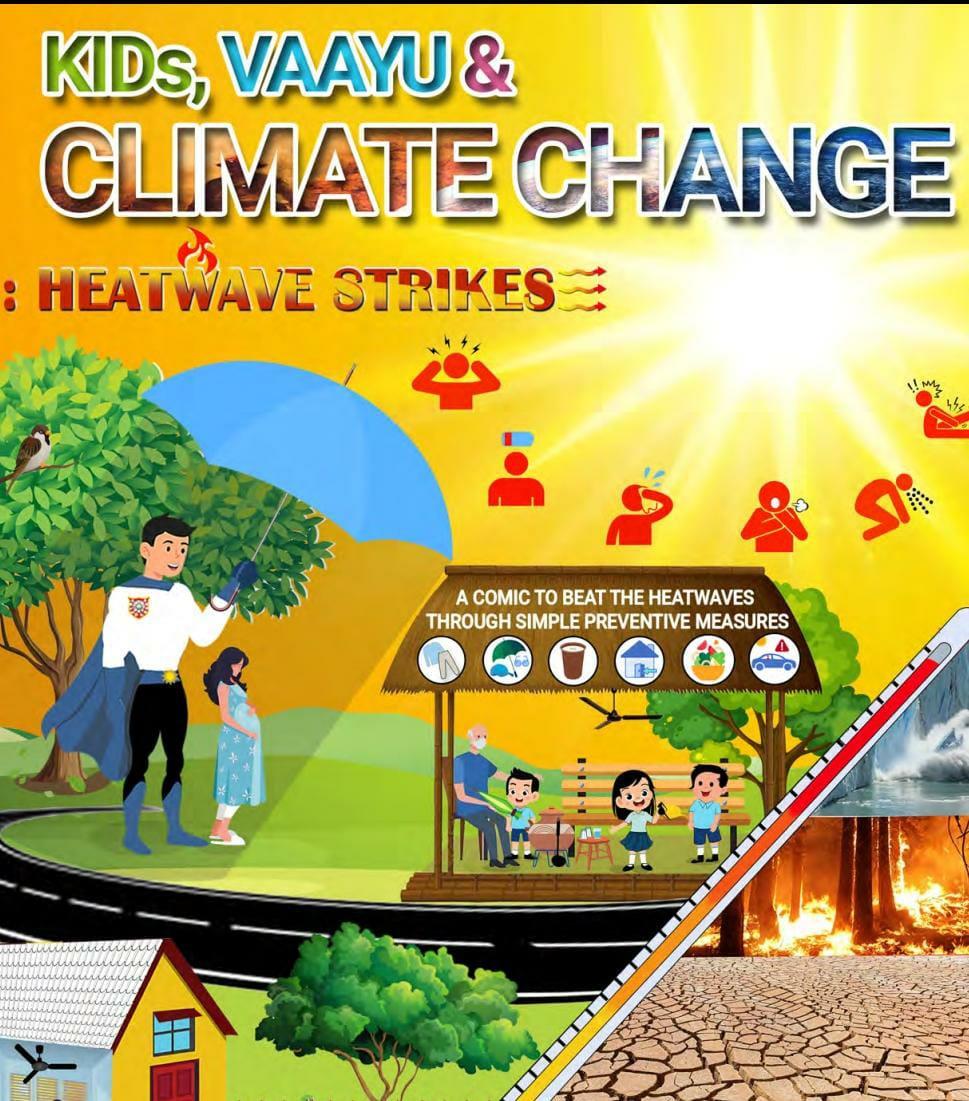 The comic series is brainchild of Dr Ravindra Khaiwal, Professor of Health Environment at PGI and Dr Suman Mor of Punjab University. The first issue of comic was released during an online release event.

The comic strip narrates the story of three kids returning home after school. Due to excessive heat, one of the kids faint and his friends get wooried. They subsequently call Superhero Vaayu, who then makes a quick hospital rescue. He then highlights climate change as a cause of concern and answers questions put forward by kids. He goes on to explain how human activity is responsible for rise in global temperatures and explains various preventive measures to combat adverse effect of heat waves.

Released in 22 scheduled languages of India, the comic is first of its kind. The pictorial stylization of comic attempts to captivate children attention onto intricacies of climate change. During the online release event, Dr Nakul Prashar of Department of Science and Technology mentioned that there is a substantial rise in heat waves contributing to multifaceted health and environmental problems. He underlined that comic can inspire children to take up awareness regarding adverse effects of heat wave.

In last 50 years, more than 17,000 people have lost their lives due to heat waves, with previous decade accounting for more than 600 of those fatalities.