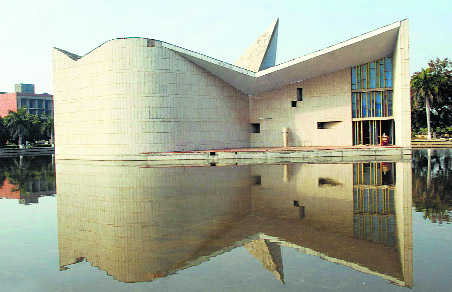 Less than a month after Panjab University (PU) upheld its decision of August 11 to scrap all entrance tests, the university today decided to reconsider its recommendations. Information to this effect was furnished before the Punjab and Haryana High Court this morning.

The PU counsel told the Bench of Chief Justice Ravi Shanker Jha and Justice Arun Palli that the decision would be taken within three days on the strength of the grounds in the petition and previous order in the matter.

As the case came up for hearing, a letter on the issue was placed before the Bench. Among other things, the communication read it was decided to reconsider recommendations dated September 9 in the light of the observations made by the High Court during the course of hearing and after consultation with the chairperson of a committee constituted for the purpose. It would be done keeping in view the order passed by the High Court in case of “Saurav Rao versus PU” and “Navya Raj versus PU”.

In his petition against the PU and other respondents, Chiraag Malli, through counsel Abhinav Gupta, had earlier sought the quashing of proceedings of a meeting dated September 9, whereby the university upheld its previous decision of August 11 to scrap all entrance tests.

Gupta contended that the PU also decided to carry out admissions on the basis of the marks obtained in Class XII. This, he contended, was illegal, arbitrary and against the settled position of law.

Gupta also sought directions to the official respondents to conduct the entrance test as originally envisaged at the time of issuing the prospectus dated April 1. He also called for directions to the university to maintain uniformity in the admission process followed by national law schools, universities and colleges across the country for carrying out admissions to BA, BCom and LLB.

He also prayed for initiation of suo motu proceedings for wilful disobedience of orders passed by the High Court on September 1. Elaborating, Gupta contended that the High Court had vide its order issued a specific direction to the respondent university to reconsider its decision to scrap the UG-Law entrance examination for five-year course. A committee constituted to reconsider the decision decided that the university would not be able to conduct the entrance examination in any undergraduate or post-graduate course.

“The proceedings dated September 9 are merely an eyewash and the whole issue has been dealt with mechanically without even taking into consideration the law laid down by the apex court with regard to entrance examination, wherein it has been specifically held that the career of students could not be put to peril and Covid-19 could not become a ground to delay the examinations by the universities,” Gupta added.