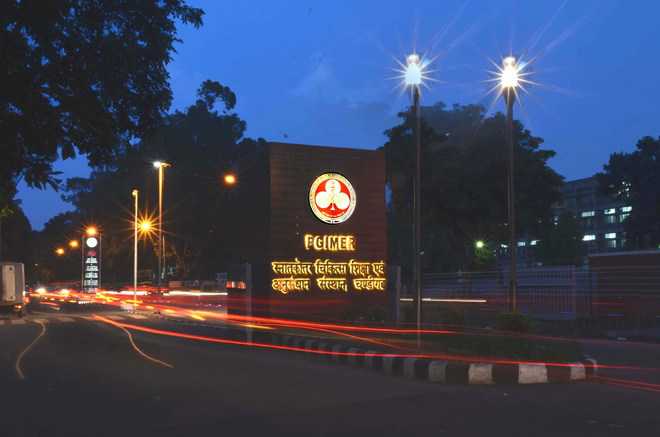 The Punjab and Haryana High Court today restrained the PGI Contract Workers’ Union from proceeding on strike. The union was also restrained from disrupting/disturbing the activities of the institute/hospital in any manner.

The direction by the Bench of Chief Justice Ravi Shanker Jha and Justice Arun Palli came on a petition filed in public interest by the Post Graduate Institute of Medical Education and Research against the PGI Contract Workers’ Union and other respondents. Appearing before the Bench on the petitioner’s behalf, counsel Prateek Gupta and Abhishek Kumar Premi sought the quashing of the strike notice dated March 23 issued by the respondent-Union, whereby it decided to observe one-day “strike” on March 25.

The Bench was told that the demands raised by the respondent - Workers’ Union were under active consideration of the authorities. Still the respondent - workers’ union resolved to observe the strike vide the notice dated March 23 served upon the institute.

The Bench was further informed that two PILs were pending before the High Court, wherein the Court had restrained the PGI employees’ union from proceeding on strike on an earlier occasion in the similar circumstances.

Issuing notice of motion, the Bench observed: “The operation of the notice dated March 23, issued by the respondent - workers’ union is stayed. Further, considering the facts and circumstances, the PGI Contract Workers’ Union is restrained from proceeding on strike or disrupting/disturbing the functioning of any of the activities of the institute/hospital in any manner”. —