Punjab reports zero fatalities due to disease in a span of 24 hours, and its death toll stood at 16,294; there are 473 active cases 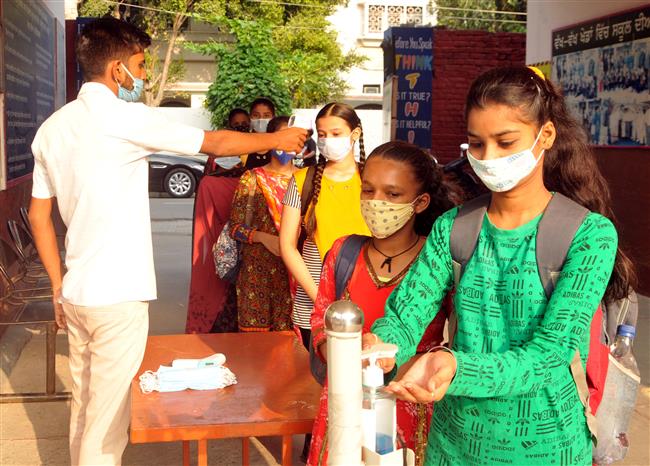 School students get their temperature checked before entering a classroom in Amritsar on Monday. Photo: Vishal Kumar

According to a health bulletin issued by the Punjab government, the new cases pushed the infection tally in the state to 5,99,162.

The state reported zero fatalities due to the disease in a span of 24 hours, and its death toll stood at 16,294.

There are 473 active cases of the disease in the state, the bulletin showed.

With 63 more patients discharged from hospitals, the count of recoveries reached 5,82,395, as per the bulletin.

The infection tally in Chandigarh, meanwhile, stood at 61,960, according to a medical bulletin issued by the union territory administration.

The count also includes two cases that were not reported earlier, it stated.

The death toll due to the disease in the UT stands at 811, and the number of active cases is 33, the bulletin showed, adding that the tally of recoveries is 61,116. PTI