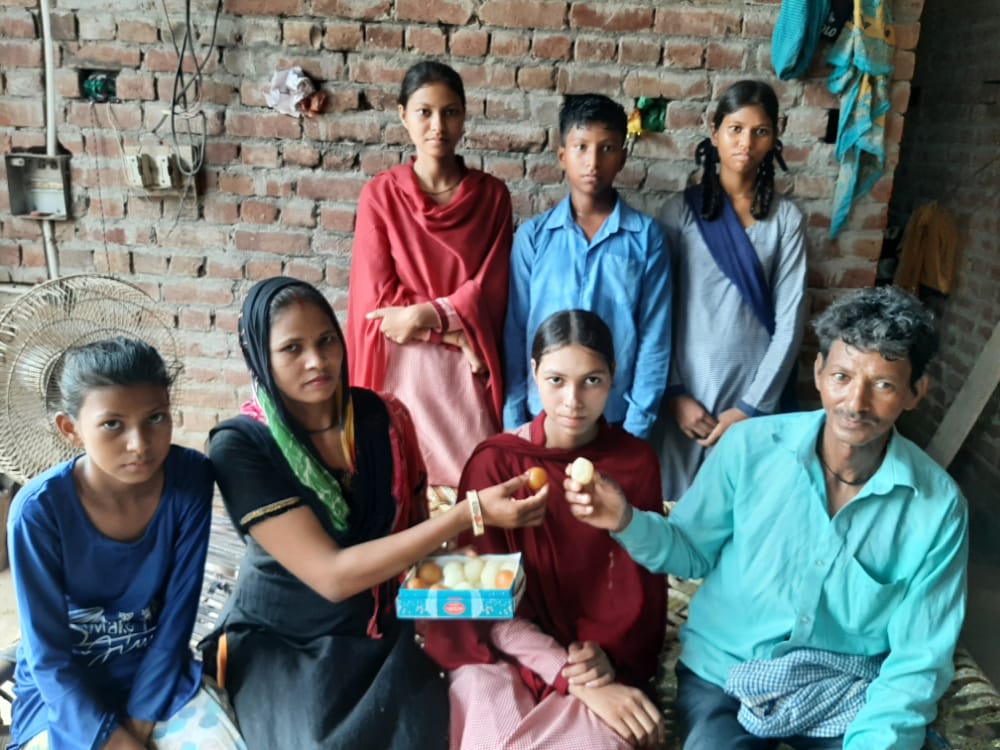 Taniya Rani celebrates third rank in the district in the PSEB Class X exams with her parents, who work at a brick kiln.

Mohali district is placed 15th out of the total 23 districts with overall pass percentage of 99 in the Punjab School Education Board (PSEB) Class X results announced today. Only three candidates from the district have made it to the 312-candidate merit list (provisional) announced by the board.

As many as 9,401 candidates from the district appeared for the Class X exams, of which 9,307 have cleared the examination.

Aviraj Gautam of Shaheed Lt Bikram Singh Government Senior Secondary School, Sialba, Mohali, scored 633 out of 650 marks (97.38 per cent) to bag the 124th place, the highest for a student from the district, in the provisional merit list. The district topper wishes to pursue computer science and work at multinational firm Google. His father Rajneesh Kumar runs a shop in Sialba village.

Manpreet, a daughter of a plumber, Kulwinder Singh, aims to become a judge. Her mother is an ASHA worker. Manpreet said she got the good news from Principal Daisy Khalid.

According to the PSEB ranking criteria, both Aviraj and Manpreet scored 633 out of 650 marks but Aviraj, who was born on January 20, 2008, was ranked higher as he was younger in age as compared to Manpreet, who was born on December 26, 2005.