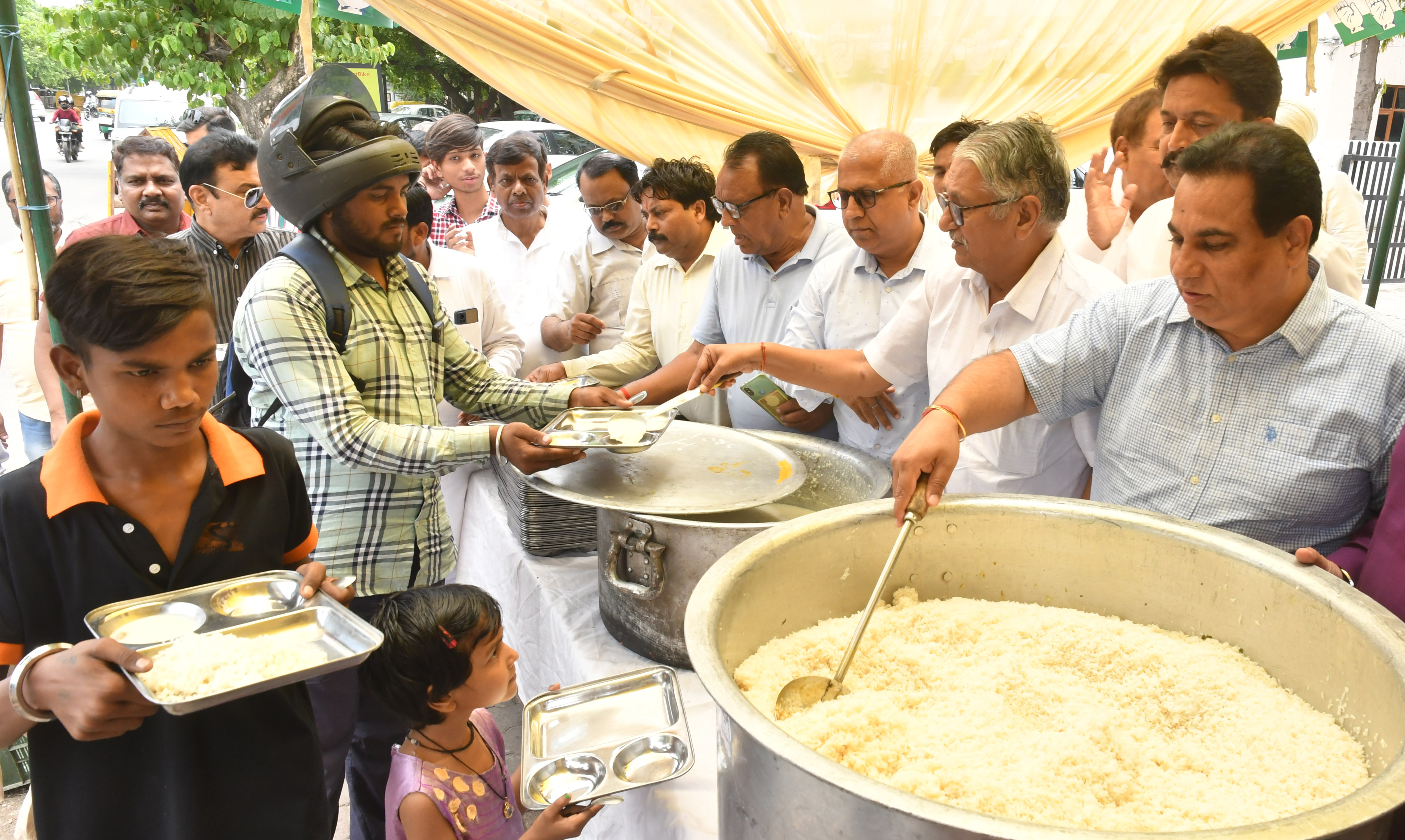 The city Congress today organised some social welfare programmes in different parts of the city to mark the 52nd birthday of party leader Rahul Gandhi.

In a statement issued here, the party spokesperson said an open community kitchen was organised in front of the Congress office by party activists, which included Harmohinder Singh Lucky, president of the city Congress, and other senior office-bearers.

People belonging to all walks of life were served lunch by the activists to mark the occasion. Vikram Sharma Dickie, general secretary of the Himachal Pradesh Congress Committee, was also present.

Congress councillors Gurpreet Singh Gabi, Jasbir Singh Bunty and Nirmala Devi organised three separate Covid vaccination camps in their respective wards, where people were given the second or the booster dose as per their need.

Doctors and staff from Government Multi-Speciality Hospital and dispensaries supervised the camps.

Later, books and magazines pertaining to general knowledge and moral education were also distributed free of cost by the councillors among participants belonging to the younger age group.

The Ministry of Information and Broadcasting says the YouTub...

Chartered flight went from India's Hyderabad to Karachi to pick up passengers: DGCA

Owing to the sour relations between India and Pakistan, ther...