Rallies, protests banned in Chandigarh other than Rally Ground 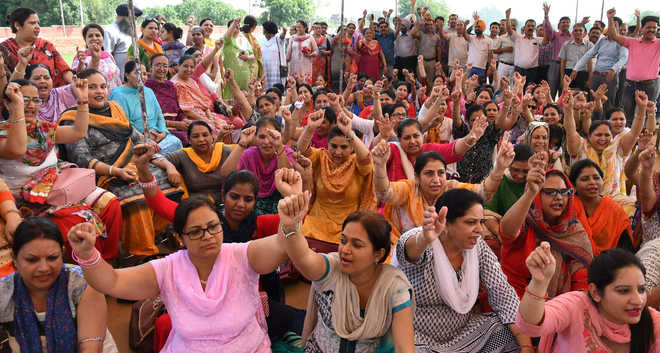 The Chandigarh Administration has imposed a ban on taking out processions, rallies, protests, strikes, etc within the territory of UT other than Rally Ground in Sector 25 for a period of two months.

An order issued by District Magistrate KK Yadav states that the general public is prohibited from taking out procession, rally, protest, strike, making speeches, raising slogans, or gathering of five or more persons etc within the territory of the UT other than Rally Ground in Sector 25, for a period of 60 days.

Further, prior permission for organising procession, rally, protest, strike, making speeches, raising slogans, gathering of five or more people etc at the Rally Ground must be obtained from the competent authority.

The order will come into force from midnight today and will be effective till November 15, 2020.

The Administration has earmarked the Rally Ground in Sector 25, for taking out processions, rallies, dharnas etc, and no permission has been granted to organise processions, rallies, dharnas, etc, elsewhere, in the city other than the designated location at Rally Ground and the same has been done to avoid traffic congestion, keeping in view of the convenience of the general public.