Record January rainfall in Chandigarh since 2017

According to the Chandigarh Meteorological Department, a total of 114.1-mm rainfall has been reported in Chandigarh from January 1 to 9 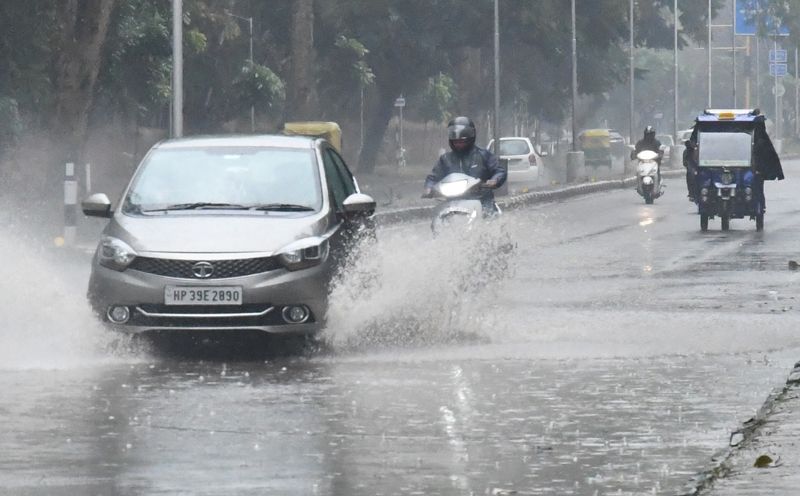 Commuters face a tough time due to continuing rain in Chandigarh on Sunday. Photo Pradeep Tewari

Just nine days of this month have witnessed the highest rainfall in January in city since 2017 and the month is likely to break the record of over a decade.

According to the Chandigarh Meteorological Department, a total of 114.1-mm rainfall has been reported in Chandigarh from January 1 to 9. It is a record as before this it was in 2017 that more rain was witnessed in January. In 2017, the month recorded 132-mm rainfall.

The all-time record of January rainfall is 166.36mm reported in 1983. Normal rainfall, however, this month is 33 mm. The weathermen cited active western disturbances as reason for the rainfall above normal.

“There were two western disturbances this month, one from January 4 to 6 and the other from January 7 to 9. Both were very active. This trend has been seen in the whole north,” stated Manmohan Singh, Director, Chandigarh Meteorological Department. 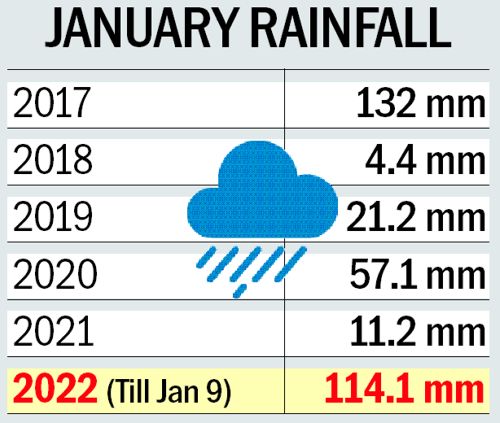 Rain not likely in a week

After a few rainy days, it is not likely to rain, at least, in a week. According to the weathermen, it is likely to be a partly cloudy sky on Monday. The next three days are expected to have a clear sky.

“There is no forecast of rain, at least, in a week. The weather is expected to remain dry and there will be thick fog. There are chances of cold wave sweeping the area. In the coming days, minimum temperature will drop, but day’s temperature will rise,” added the director.