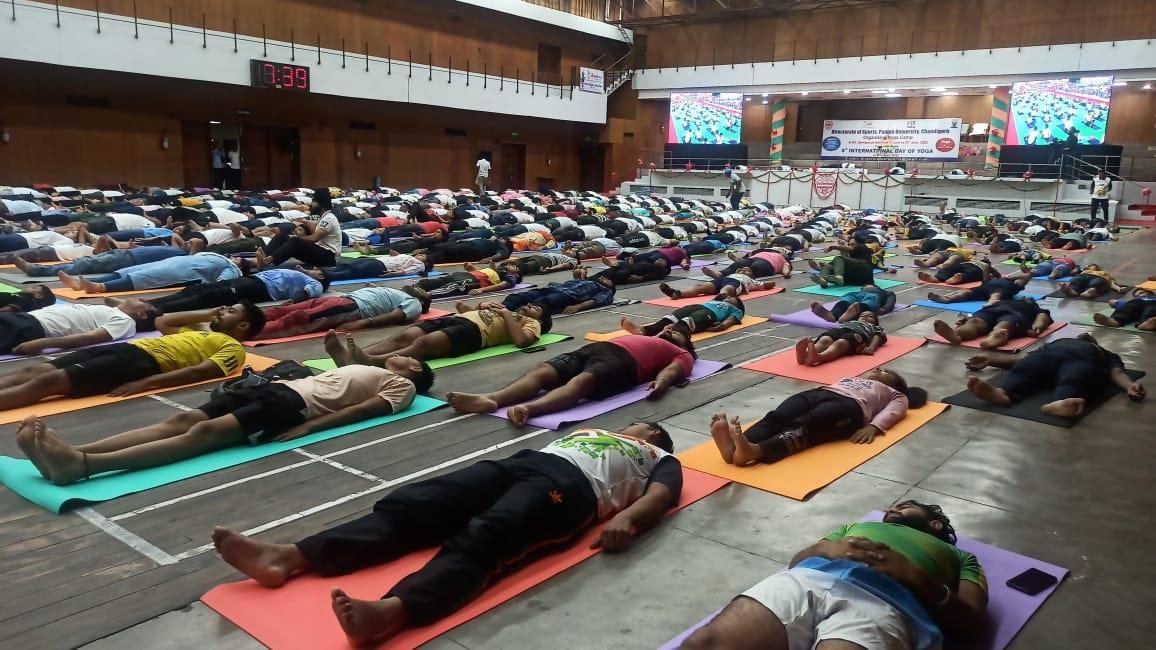 Allegations of corruption in Panjab University (PU) have not ended after the resignation of former Vice Chancellor Raj Kumar. In a fresh controversy, the Director, Sports and Physical Education, has sent a reminder notice to all wardens for realising Rs 13,500 each in lieu of purchase of 600 yoga mats for last year’s Yoga Day celebrations.

A few PU senators have alleged that not even a single mat was purchased by the hostel wardens for the Yoga Day celebrations. This was also one of the corruption charges levelled against Professor Raj Kumar, which allegedly became one of the reasons for his resignation.

As per the record, the university decided to celebrate International Yoga Day 2022 on a large scale. A committee was formed for the approval of funds worth about Rs 18.5 lakh. It was advised to spend the amount from the amalgamated fund, which is under the office of Dean, Student Welfare (DSW). However, only Rs 2 lakh was released by the university authorities.

The committee decided that a minimum of 30 students of each hostel, including international hostel and women’s working hostel, would be motivated to attend the camp and these hostels will make payment towards the purchase of mats.

However, when the hostel wardens were asked to use the hostel funds for making payments after the celebrations, only three wardens responded, while the others objected to the order, claiming that they were not informed about any purchase of yoga mats from hostel funds, nor did they get any of these.

“The confusion is created by the DSW’s office as it simply sent the bills to the wardens, instead of putting a cover note with the order. It was decided by the purchasing committee, of which the DSW was also a part. We have distributed 600 mats and the vendor is now asking for payment. I have no other option, but to send the reminder. Being a nodal officer, our office was dealing with the purchase of mats. The vendor was picked through an on-the-spot quotation and the hostel students attended the event,” said Dr Prashant Kumar Gautam, Director, Physical Education and Sports, who claims to have all documents related to the matter. The DSW, meanwhile, remained unavailable for comment.

“We will work under the zero tolerance policy on corruption in Chandigarh. This is an open-and-shut case of corruption, where no purchase was made, but bills were generated. This reminder (order) clearly depicts that the mastermind of corruption has gone, but it is still running in the veins of the authorities. We will urge to the Vice Chancellor to order a CBI inquiry into all matters of corruption in the PU,” said Davesh Moudgil, former Chandigarh Mayor and PU Fellow.

May 13, 2022: A 12-member committee is formed for following UGC guidelines on one-month Yoga Day celebrations.

May 18: The committee unanimously approves the hiring of two yoga instructors for the one-month camp. It also gives its nod for purchasing 2,000 yoga mats at a cost of about Rs 10 lakh.