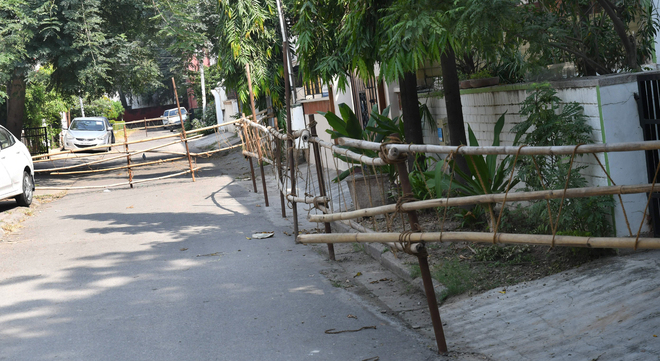 Residents of Sector 20-D here have demanded the removal of containment zone tag from their area as no fresh Covid-19 case has been reported from the area since October 8.

In an email to UT Adviser Manoj Parida, Rakesh Bajaj, on behalf of residents of a lane from house number 3036 to 3047, Sector 20-D, stated that only one person was found affected from coronavirus in their lane on October 8. The patient was admitted to a hospital the same day. However, the remaining family members of the patient tested negative for Covid-19, he said.

He said the Health Department had tested each and every member of 12 houses and their reports were also negative. Despite this, the Administration had declared the entire lane as a containment zone.

As no fresh case had been reported from the area, he requested the Adviser to remove the restrictions from their area.

Meanwhile, the UT today removed restrictions from a containment zone in Sector 47.

An official said the restrictions were removed from house number 3898 to 3905, Sector 47, with immediate effect. — TNS