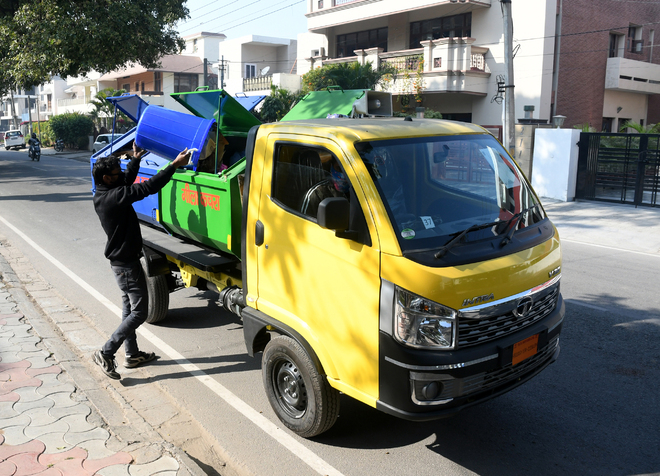 Complaints poured in at a four-day camp organised at the Community Centre in Sector 27 here to resolve the grievances of the residents related to heavy garbage collection charges.

Apart from area councillor Devinder Singh Babla, Municipal Corporation (MC) officials were also present at the venue to address the problems being faced by the residents.

An aggrieved resident insisted on not paying the charges. “We’ll take out a procession and make them understand how to behave with the residents… elections are also not far away,” he said.

Endorsing the views, another resident said they should protest against the unprecedented garbage charges being levied by the MC.

“Every resident of Sector 27-D is upset because of these garbage charges,” he said.

“If people are going to meet such harassment then we don’t need their services,” said Manmohan Singh, another resident.

“Apart from the garbage charges, the MC has levied Rs 1,019 as sewerage cess. As per the last bill, it was Rs 177… The MC is for the convenience of public and not to cause inconvenience,” said yet another resident.

In a letter to the Mayor, Babla said: “You have no idea what difficulties the residents of Chandigarh are going through.”

Pointing out at the latest water bills received by the residents, the councillor said the MC had left no stone unturned to increase the pain of the residents.

“Even after increasing the bill, garbage is not being properly picked and the whole system has collapsed,” Babla alleged.

This morning, hundreds of people from various households told me about the increased rate of garbage collection. When I saw the bills, I was shocked to see that charges for three kitchens had been imposed on the families with just one kitchen, he said.