Neighbours rush for help and rescue him from under the debris 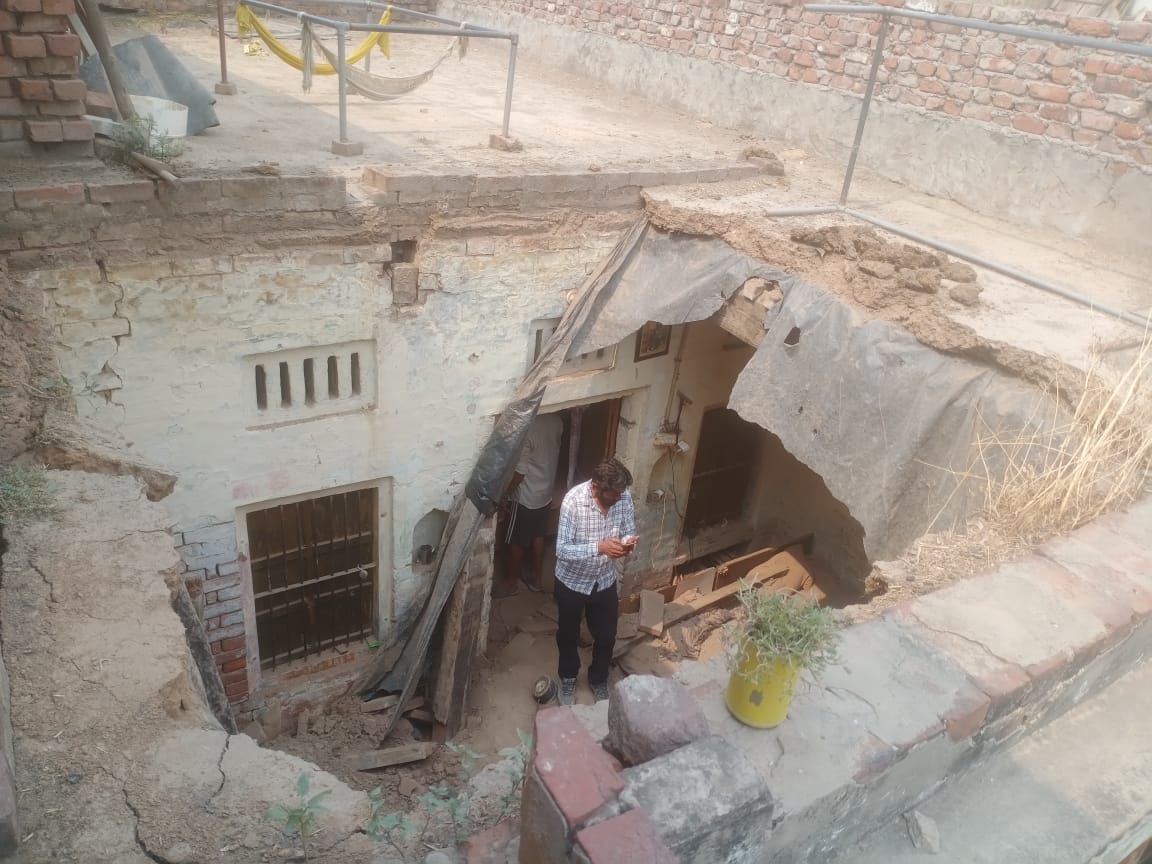 The collapsed roof of the house. Tribune photo

The roof of a house collapsed at Pandwala village here at around 8am on Friday.

Jagtar Singh, the house owner, and his wife, had a narrow escape after a portion of the roof of the kitchen caved in.

Neighbours rushed for help and rescued him from under the debris.

The victim, an auto rickshaw driver, has been shifted to the local hospital.

Cracks have appeared on the walls of the old house after the incident, said police after reaching the spot.