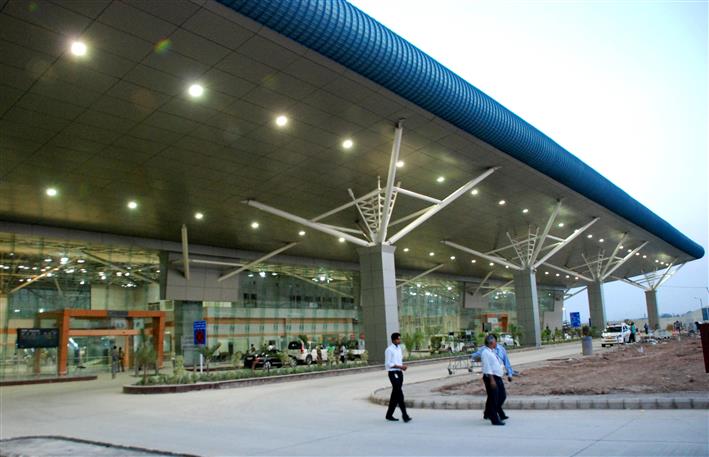 A view of Chandigarh Airport on Thursday. Tribune Photo-Nitin Mittal

Ruckus was witnessed at the Chandigarh International Airport as about 30 passengers, who were to board the flight to Sharjah were not allowed to by the immigration check officials on Thursday evening as they did not fulfil the Covid guidelines.

The airport authorities had to call the police after the passengers raised hue and cry for being denied permission to board the Sharjah flight.

DSP Amroz Singh said the police intervention prevented the deterioration of the law and order situation at the airport. He said that the passengers were not fulfilling the Covid guidelines issued by UAE because of which they were not allowed to board the flight.

The departure flight was operated according to the new Covid guidelines issued by UAE. The Rapid PCR tests for all the departing passengers was conducted at the airport itself, however some of the passengers did not fulfil the norms and were not allowed to board the flight.

It is pertinent to mention here that after a period of about two months international flight operations were resumed at Chandigarh international airport on Thursday with the departure of Sharjah flight.

He said 131 passengers boarded the flight for Sharjah which departed from Chandigarh at 6 pm and added that international flight to Sharjah will operate every Thursday and Sunday in the week.