None of their business, says Chandigarh 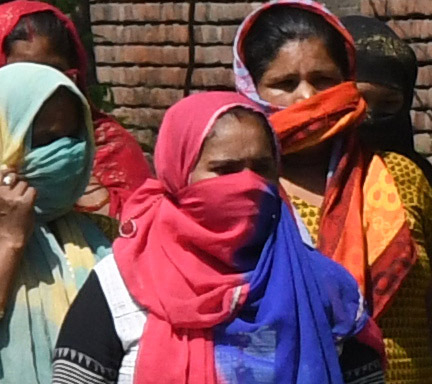 Geeta, a maid, struggles to make the ends meet.

With new relaxations in Lockdown 4.0, maids, who comprise informal economy’s largest working women population, stood a chance at recovering from the cataclysmic financial blows of the three lockdowns during the pandemic. However, with self-imposed ‘social policing’ by some residents’ welfare associations (RWAs), these women are now left fending for themselves.

The RWAs of several sectors have been monitoring the entry of maids in societies even though the Centre has allowed the services of domestic help even in red zones, barring only the containment zones where any public movement except for emergencies is strictly prohibited.

On April 30, FOSWAC chairperson Baljinder Singh Bittu wrote to the UT Finance Secretary regarding ‘relaxation in curfew’. One of its nine recommendations was: “No maids/home helpers should be allowed to come out of colonies to work in different houses.” He said, “For the next two months, people should not allow maids to work in their houses. It can spread the infection.” Echoing similar sentiments, Rai Singh Chauhan, president, RWA (Category II), Sector 51, said, “Even though we have not stopped their salaries and have given them ration, we are not allowing maids to enter the societies in our sector.”

Parida said, “This disease has been brought by rich people from outside and now they’re saying that the maids will not be allowed? This is a highly elitist approach.” He added, “Restriction in movement is imposed only in containment zones and only the police are authorised to keep a check on the movement.”

“Don’t count the lives, count the number of livelihoods lost if you want to gauge the severity of the pandemic. Is beemari se zyada toh gareeb log is desh mein garmi se mar jate hai (the number of poor people who die of heat strokes is more than the number of people who have died of Covid-19,” said Malti, who has been struggling to make ends meet for the past two months. “People are scared that their neighbours will call the police, so they don’t allow me to work. From some houses, I got salary, from others, I got ration. Yet, there’s no money at home as my children are small. My husband was working at a factory, but he was asked to go back too.”

A similar worry haunts Kanta. “I have not been able to pay house rent for the past two months. I could not even go out to get my salary as I don’t have a separate bank account and I don’t even use Paytm. Even though the lockdown is lifted, no one is calling us back to work,” she said.