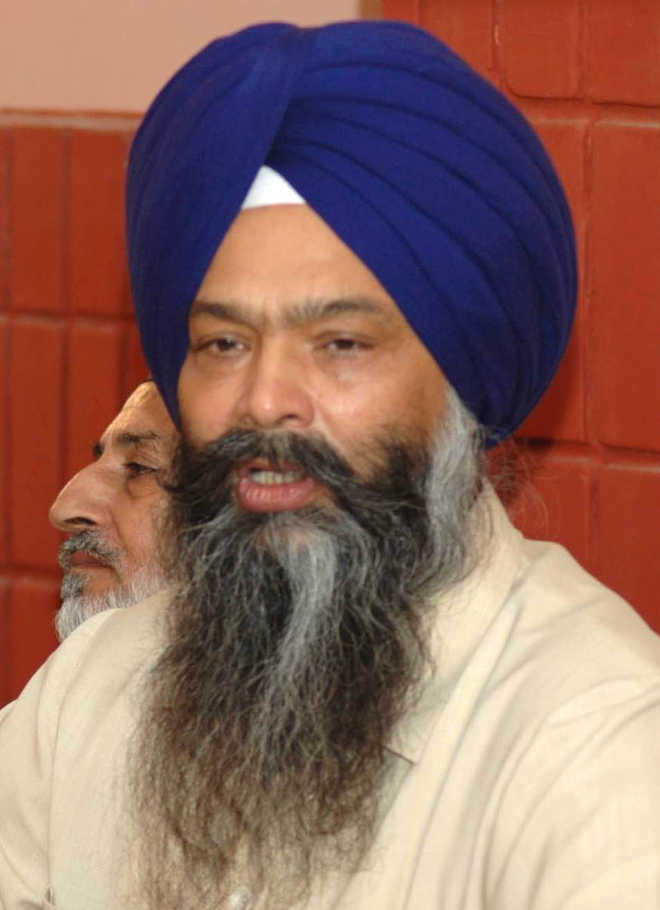 Chandumajra is trying to establish personal contact with these leaders to woo them back into the party. file photo

Amid growing resentment among SAD workers, some of whom have resigned over the distribution of the part ticket for the MC elections in Mohali, SAD observer for Mohali district Prem Singh Chandumajra is making all-out efforts to woo them back.

According to sources, Chandumajra is trying to establish personal contact with these leaders to woo them back into the party.

After the expulsion of former Mayor Kulwant Singh from the party, 28 SAD leaders, including office-bearers and former councillors, tendered their resignation on Sunday. They had announced that they would contest the municipal elections under the banner of the Azad Group, led by the former Mayor.

Despite repeated attempts, Chandumajra could not be contacted as his phone remained switched off.

However, senior SAD leader and former MLA NK Sharma said there had been some misunderstanding among the rank and file of the party over the selection of candidates. He said Chandumajra was trying to personally contact 28 leaders, including district Youth Akali Dal president Parvinder Singh Sohana and hoped that the issue would be resolved soon as these leaders had been party loyalists for the past so many years.

After the expulsion of former Mayor Kulwant Singh from the party, 28 SAD leaders, including office-bearers and former councillors, tendered their resignation yesterday. They had announced that they would contest the municipal elections under the banner of the Azad Group, led by the former Mayor.

Former councillor and president of the women cell, Mohali, Kuldeep Kaur Kang, who had also resigned from the party, met SAD president Sukhbir Singh Badal today and apprised him of the situation. She said she apprised him of the grievances of the party cadre in Mohali regarding the candidates declared by the committee, headed by Chandumajra. She said Badal demanded the list from her and assured her that he would look into the matter.

Meanwhile, former Mayor Kulwant Singh said they would hold a meeting soon to announce the candidates for the Azad Group. He said the SAD leaders who had resigned had decided to contest the elections as Independents in the MC elections, schedule for February 14. He said they had opened their election office in Sector 78 and were gearing up for the elections.

In the 2015 elections, Kulwant had led the Azad Group (Independents) and won 10 seats. With the support of the Congress, he was elected the Mayor. Later, in 2017, he joined the SAD. The five-year term of the House ended on April 26 last year. Last week, the SAD had officially declared a list of 28 candidates (all of whom were former councillors) for the elections, but on January 11, 22 of them sided with Kulwant.