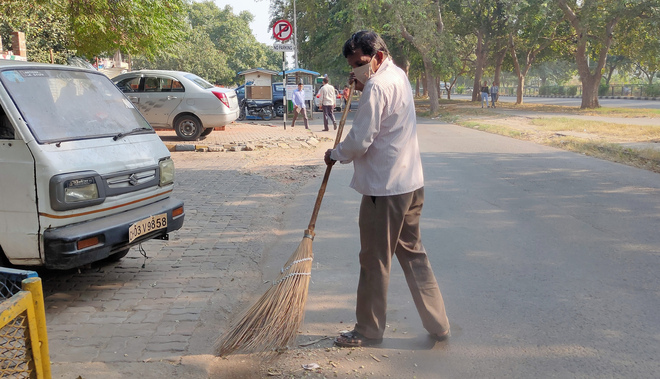 Up against being asked to wear GPS-enabled watches, the Safai Karamchari Union has decided to go on an indefinite strike from Friday..

Up against being asked to wear GPS-enabled watches, the Safai Karamchari Union has decided to go on an indefinite strike from tomorrow.

Union president Krishan Kumar Chadha said all sanitation workers and door-to-door garbage collectors, along with various employees' federations, will be part of the protest.

“If the MC is interested in making us wear these watches, they should also show interest in 'regularising' 2,800 vacant posts. These watches are faulty and we face health issues due to these,” alleged Chadha.

He said there were a total of 3,300 safai workers and 3,000 garbage collectors. “We have 32 employee unions of various departments supporting us. We will march from the office of the edial Officer of Health to the MC office and stage a dharna there,” he said.

The civic body distributed 4,000 smart watches among its employees, including the Commissioner and officers. The watches have been hired from a company for Rs18 lakh rent per month. Through these watches, attendance can be marked and the location checked.

Om Prakash Saini, president of the Chandigarh Door-to-Door Garbage Collectors’ Society, said, “We will be part of the protest, but will lift waste tomorrow. The next course of action will be decided after tomorrow’s protest. We are protesting as we want to work independently as we have been doing so far and not under the corporation.”