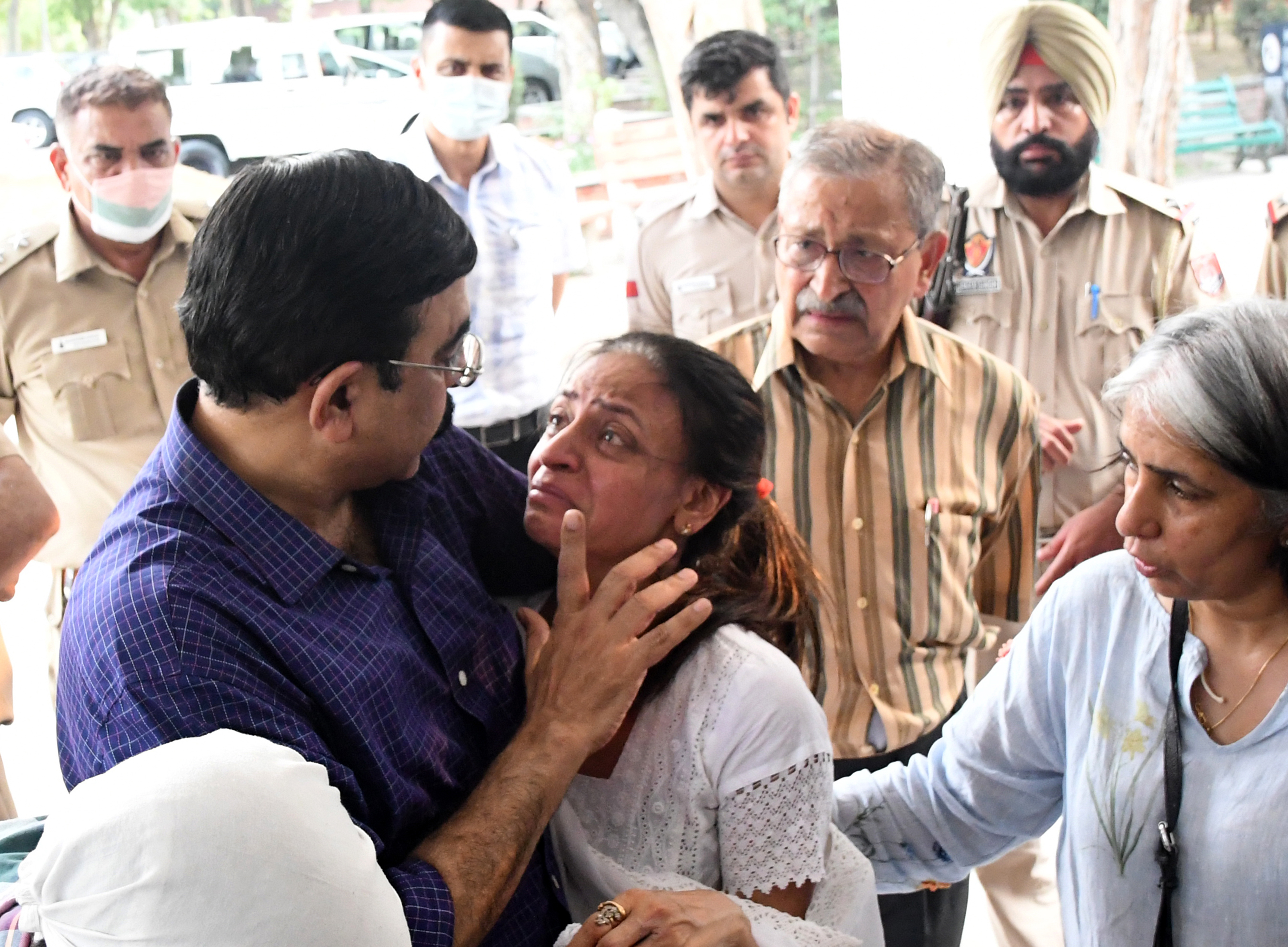 Arrested IAS officer Sanjay Popli meets his wife at the cremation of his son in Sector 25, Chandigarh, on Monday. PHOTO: NITIN MITTAL

Graft accused IAS officer Sanjay Popli’s son Kartik was cremated today after a post-mortem was conducted at the PGI by a panel of senior doctors comprising a forensic expert. The IAS officer attended the last rites of his son and lit the pyre.

Kartik (26) had reportedly died by suicide at his house in Sector 11 here on Saturday. He had allegedly shot himself in the head with his father’s pistol on the first floor of the house.

The post-mortem proceedings took place under the supervision of a magisterial officer, ADC Amit Kumar. The post-mortem examination was videographed. Sanjay Popli was brought from the district jail, Ropar, by the Punjab Police to enable him attend his son’s last rites. Later, Popli told the media that he had faith in the government and the judiciary.