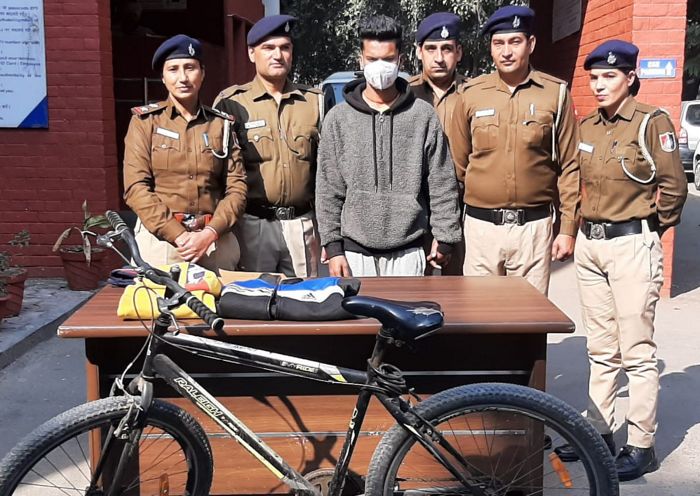 Almost two weeks after a youth flashed in front of a 50-year-old college teacher, the Chandigarh police have arrested the suspect.

The police also recovered the clothes that the suspect had worn on the day of the incident and the bicycle that he had used to flee the scene. The suspect is married and has a marketing job.

On January 8, the college teacher had gone for a walk to a Sector 38 park when the suspect flashed in front of her. The complainant had claimed while she was walking inside the park, when the boy wearing a hoodie and jogging pants asked her to stop.

The suspect allegedly dropped his jogging pants and flashed in front of her. He didn’t stop even after the complainant threatened to inform the police about the incident. The complainant took a picture of the suspect, which helped the police identify him.

The police said the CCTV footage and call data dump of the area were scoured, further helping the police to zero in on the suspect.