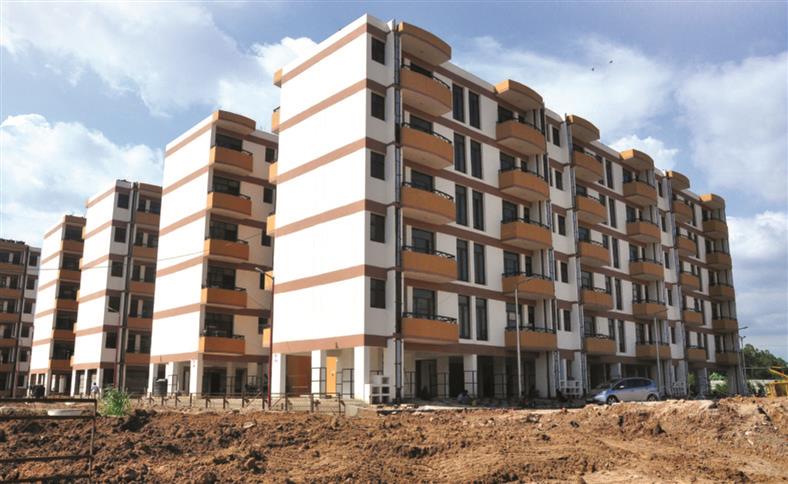 The decision was taken during a meeting of the Board of Directors today. It has also been decided to extend the deadline for the demand survey by a month.

Despite few takers, the Chandigarh Housing Board (CHB) has decided to launch its housing scheme in Sector 53 after reducing the rates further.

The decision was taken during a meeting of the Board of Directors today. It has also been decided to extend the deadline for the demand survey by a month. The board has decided to launch the full-fledged scheme of 492 flats of different categories.

Sources said a majority of the directors were against the launch of the scheme at such high rates of the flats and prevailed upon officials to reduce the prices further by Rs 10 lakh to Rs 13 lakh.

It was also decided during the meeting that the CHB would not earn any profit in either category of the dwelling unit.

Yashpal Garg, Chief Executive Officer, CHB, said considering the revision in the tentative costing, the last date for submission of online application had been extended till February 23. However, the window for online submission of application will be opened next week and a public notice with required details will be issued separately. Besides, allottees will be allowed to pay the cost of the flats in five equated instalments (each of six months), spanning over 30 months, subject to the payment of interest at the rate of 12 per cent per annum.

For speedy construction of the dwelling units, the work will be awarded to two/three agencies. Tarsem Garg, one of the independent directors of the CHB, said, “We were against the high rates of the flats.” He added that with the further reduction in the rates, more residents would apply under the scheme.

Due to the high cost, the CHB had launched the demand survey for the scheme in December 2019, but not many people showed interest in the survey of the scheme. Only 148 people applied under the scheme.

Those applying under the demand survey will be given preference in allotment under the category applied, subject to their eligibility when the scheme is floated.

Despite the reduction in the rates, these are still the highest in the tricity. JD Gupta, former president, Property Consultants’ Association, Chandigarh, said 3BHK flats were easily available between Rs70 lakh and Rs90 lakh in Mohali and Panchkula, depending upon the location. He said the CHB had fixed exorbitant prices for the flats on the basis of the collector rates. He said due to the high rate in the city, residents would prefer to buy properties in Panchkula and Mohali.