November saw 18 per cent rise in cases, 21 per cent decline in deaths 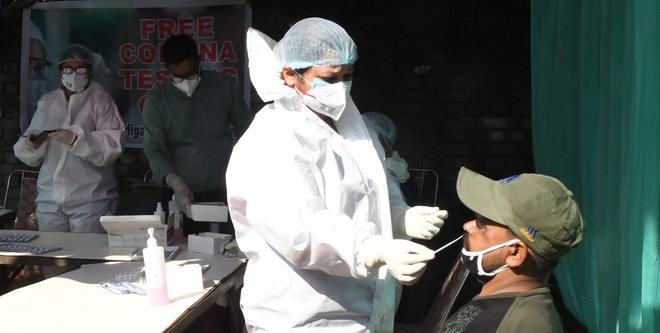 Despite violation of the social distancing norm during the festive season, the second surge of Covid witnessed in November was of lesser magnitude than the one in August and September.

Experts attribute this to better testing strategy, including the use of rapid antigen on the random population, which, they say, proved effective in controlling the spread. 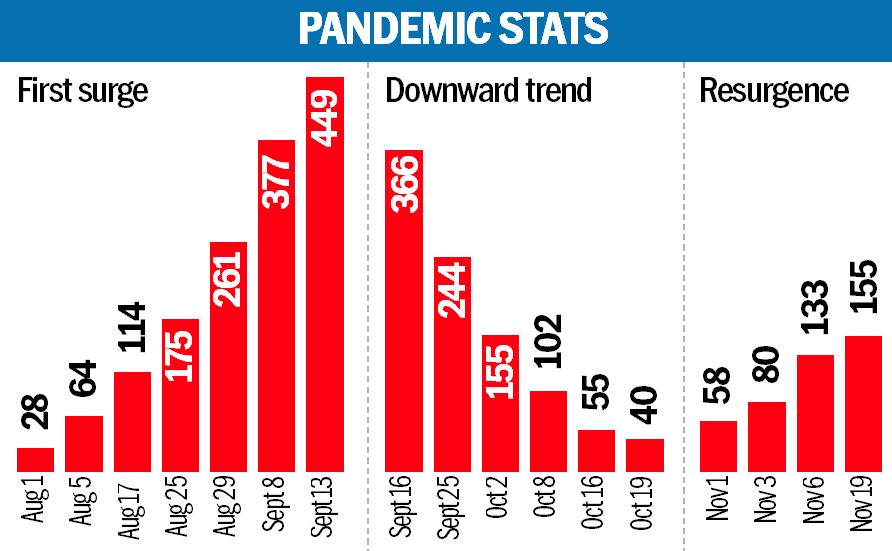 From 28 cases recorded on August 1, the Covid cases doubled in just four days with 64 cases on August 5. The tally touched the 100 mark in 12 days (August 17) and further escalated to 175 cases on August 25. The highest number of cases observed on a single day was 261 on August 29.

In September, the city witnessed the highest single-day peak of 449 cases (September 13). After this, a declining trend was seen in the last two weeks of the month. 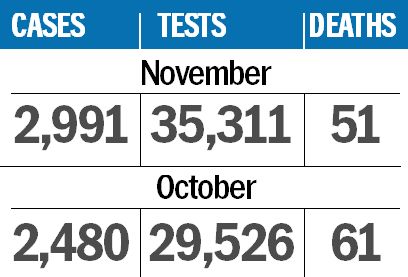 During the downward trend, the lowest single-day infection in October was 40 cases per day. Covid cases reported in a single day again rose to 155 on November 19, marking the second surge.

In contrast to the first surge wherein cases spiralled from 28 to 261 in 25 days in August, the second surge seen in November has been less severe.

Dr Amandeep Kaur Kang, Director, Health Services, UT, said: “The spread is controlled due to liberal testing approach of the UT . Till September, we were only testing asymptomatic people through the rapid antigen test. Now, we are testing the random population with the rapid antigen test using mobile testing vans. Earlier, there was a backlog of cases due to which there was a delay in tracing as well. We have scaled up our testing capacity to 1,600 tests per day and contract tracing from four per positive person to 10.” 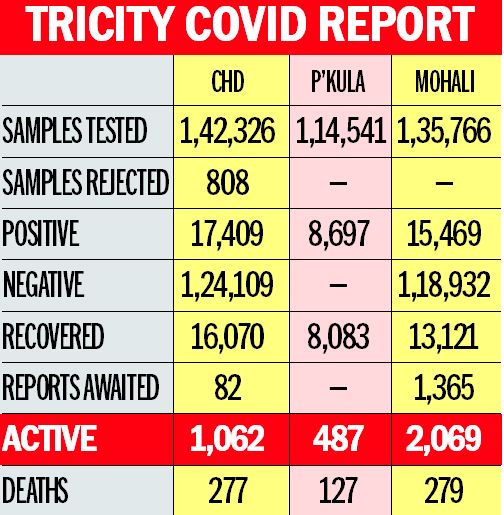 The month of November witnessed an 18 per cent rise in the Covid cases with 2,991 total cases as against 2,480 in October. Testing also increased during the month by 17 per cent as 35,311 tests were conducted in November as against 29,526 tests in October. However, the number of deaths has decreased by 21 per cent this month. From 64 deaths in October, the toll came down to 51 this month.