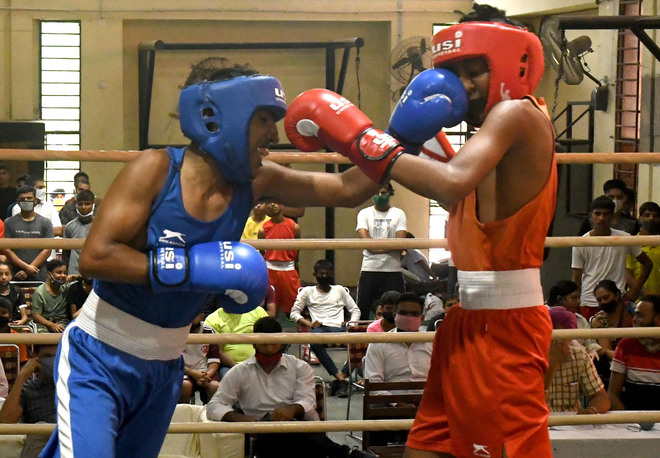 Players in action during the State Boxing Championship at the Sector 42 Sports Complex in Chandigarh. Tribune photo: Vicky

In the boys’ category, Sumit Dhull of The British School was adjudged as the best boxer and Aryan of PML SD School, Sector 32, was named as the best loser.