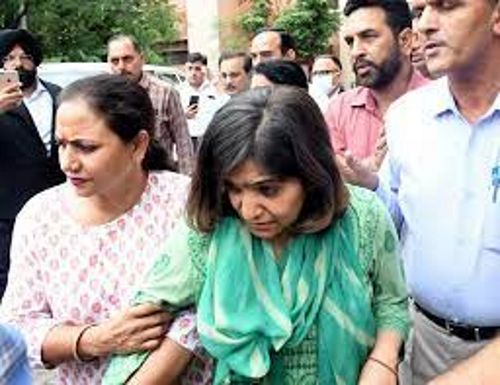 The Central Bureau of Investigation (CBI) has denied allegations levelled by Kalyani Singh, accused in the Sippy Sidhu murder case, of torture during her interrogation conducted by the agency while being on remand from June 15 to 21. - File photo

The Central Bureau of Investigation (CBI) has denied allegations levelled by Kalyani Singh, accused in the Sippy Sidhu murder case, of torture during her interrogation conducted by the agency while being on remand from June 15 to 21.

The CBI, in its reply to Kalyani’s application, however, said the CCTV footage of her examination was not available as videos of the period concerned were overwritten.

Kalyani had sought directions to the CBI to preserve videography or audiography of the interrogation conducted by the agency during her remand period.

She had alleged during her six-day police remand, she was interrogated in the rooms of the DSP, Inspectors and others. She was subjected to verbal and physical abuse during her interrogation in order to compel her to admit to the commission of crime, she had claimed.

In its reply, the CBI claimed during her police remand, she was medically examined on a regular basis. The medical examination reports did not suggest any injury or use of force. The family members and counsel for the accused also met her regularly during the period and never raise any allegation of torture.

The CBI maintained the accused when produced in court during the period had not raised any such allegation. The application was an afterthought with intention to delay the trial, it claimed.

All details of investigation conducted during the period were mentioned in the case diary, which were perused by the court from time to time.

As such, the allegations seemed to have been raised with the motive to divert the attention of court and delay the proceedings, it said.

Sippy Sidhu, an advocate, was shot in a Sector 27 park on September 20, 2015. After the police failed to solve the case, it was transferred to the CBI in 2016. After six years of investigation, the CBI filed untraced report in December 2020. The court asked the CBI to continue further investigation and directed it to file a final report after its conclusion. After investigation, the CBI arrested Kalyani in July.