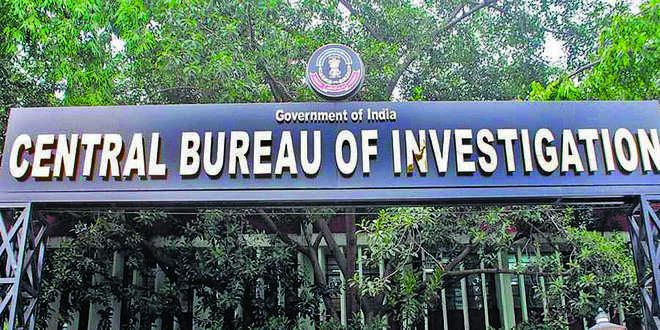 During investigation into the murder of national-level shooter and advocate Sukhmanpreet Singh Sidhu, aka Sippy Sidhu, the Central Bureau of Investigation (CBI) questioned Sippy's six girlfriends at length and recorded their statements. - File photo

During investigation into the murder of national-level shooter and advocate Sukhmanpreet Singh Sidhu, aka Sippy Sidhu, the Central Bureau of Investigation (CBI) questioned Sippy’s six girlfriends at length and recorded their statements. However, the bureau ruled out their role in the murder.

The girlfriend No. 1 was the daughter of an industrialist of Mohali, whom Sippy was planning to marry. Her parents agreed to their marriage, but it was delayed by Sippy’s mother. Kalyani was aware about Sippy’s affair with this girl and had objected to their relationship. Kalyani had also warned the girl through messages, asking her to stay away from Sippy.

Sippy, along with his girlfriend No. 1, had watched a movie at North Country Mall, Mohali, a few hours before his murder. Another girl whose name figured during the CBI probe was a college friend of Sippy (girlfriend No. 2). She had come in contact with Sippy during the college days in 2002. In 2004, she got married to a resident of Delhi. However, the marriage didn’t last long and she separated from her husband.

In 2013-14, Sippy approached her and again started a relationship, says the CBI. She was on good terms with Sippy’s family and had stayed at his house in November 2014. Sippy took her to the college in Sector 36 where Kalyani used to work, to convince Kalyani about his commitment towards her. They visited the college for two consecutive days. During these meetings, Sippy’s girlfriend No. 2 observed that he was confused between Kalyani and girlfriend No. 1. Kalyani was upset with Sippy for this reason and wanted to break up with him.

Then there was girlfriend No. 3 whom Sippy had met through one of his cousins at Punjabi University, Patiala. Both became friends through Facebook. In 2014, she shifted to Chandigarh for further studies and started frequently meeting Sippy. As per the CBI investigation, the girl informed Sippy about her engagement to avoid his advances towards her.

The CBI also questioned an advocate (girlfriend no. 4) who came in contact with Sippy in 2013. In 2014, Sippy called her to his office as well as house and they became friends. Both frequently met each other and went for lunch or dinner on many occasions. She made many calls to Sippy even on the day he was murdered.

His girlfriend no. 5 was a divorcee. Sippy used to visit her residence.

The CBI said during investigation, no role of Sippy’s girlfriends had been established in the murder.

GF2 A college friend who had separated from her husband

GF4 An advocate who came in contact with Sippy in 2013

GF5 A divorcee with whom Sippy became friends

GF6 She was based in the UK

On November 27, 2014, Sippy requested his girlfriend, based in the UK, to forward the objectionable pictures with a caption to Kalyani’s parents and her friends. She even sent the screenshots to Sippy to confirm the delivery of the pictures.