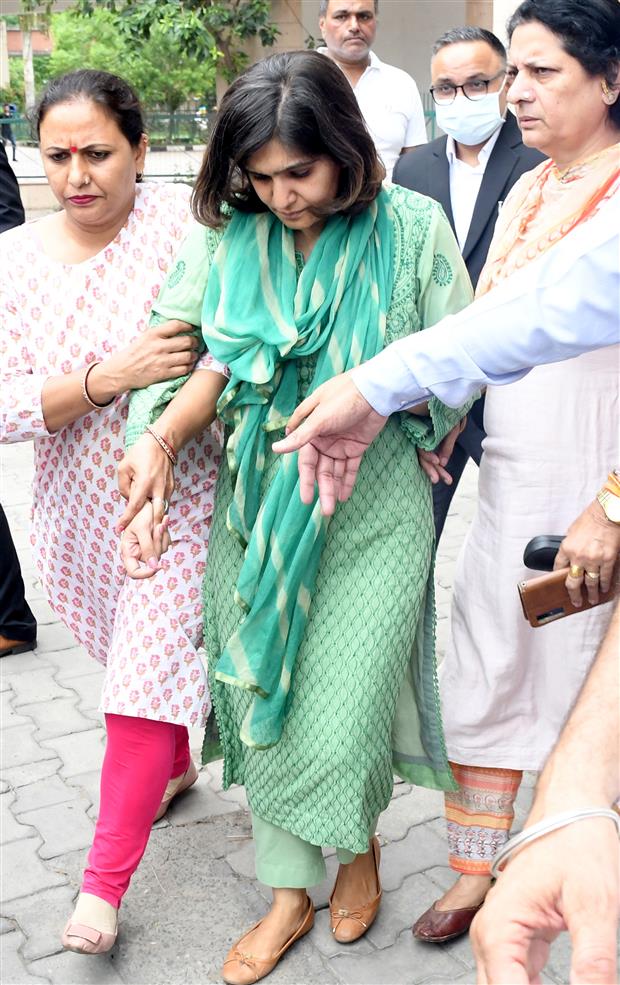 The Central Bureau of Investigation (CBI) has denied the allegations of Kalyani Singh, accused in the murder of Sukhmanpreet Singh Siddhu alias Sippy Sidhu, that she was tortured throughout her interrogation conducted by the agency during her remand period from June 15, 2022 to June 21, 2022.

The CBI filed the reply on the application of Kalyani, who sought the direction to CBI to preserve videography or audiography of the interrogation conducted by the agency during her remand period.

Kalyani alleged in the application that during her police remand for 6 days, she was interrogated in the room of DSP, Inspectors and other rooms. She was subjected to all kinds of force and verbal as well as physical abuse throughout her interrogation. She alleged that she was also subjected to intimidation and intemperate psychological and verbal abuse in order to compel her to admit to the commission of crime.

In reply, the CBI said that during the period of her police remand, she was medically examined on a regular basis. The reports of medical examination did not disclose any injury or use of force. Also, the family members and counsel of the accused were also meeting her regularly during the period of her police remand. They did not raise any allegation of torture to the accused at any time.

The CBI said the accused was produced before the court on August 15, 2022, and June 19, 2022 and June 21, 2022 during the period of her arrest and police remand. She had not raised any such allegation of torture at that time in the court. This shows that the present application is an afterthought with intention to delay the trial.

All details of investigation conducted during the period of her police remand are mentioned in the case diary, which were perused by the Ld. Court from time to time. No such incident of torture had ever happened. Thus, the allegations of physical and mental torture during the period of police remand are false and baseless. The same seems to have been raised with the motive to divert the attention of trial court and to delay the court proceedings, CBI stated.

Sippy Sidhu, an advocate, was shot dead in Sector-27 park of Chandigarh on the night of September 20, 2015. After murder of Sippy, the police had registered a case against the unknown. But the police could not solve the case. The case was then transferred to CBI in 2016. But after 6 years of the investigation, the CBI also failed to find the culprits in the case and filed the un-trace report in December 2020. Court permitted CBI to continue further investigation in the case and also directed it to file a final report after its conclusion. After further investigation, the CBI arrested accused Kalyani in July in the case.

Complainant opposes merger of the reports

Meanwhile, complainant Deepinder Kaur, mother of deceased Sippy Sidhu, and CBI opposed the plea of Kalyani Singh for merging the supplementary final report filed under Section 173(8) CrPC with the final report submitted by the CBI in 2021.In the reply filed before the court, Deepinder Kaur said that she has filed the protest petition in which the argument is yet to be advanced and the fate of the said protest petition is yet to be decided. Further, the final report presented earlier and the report filed under Section 173 (8) are totally different and grounds are also different and thus cannot be merged.