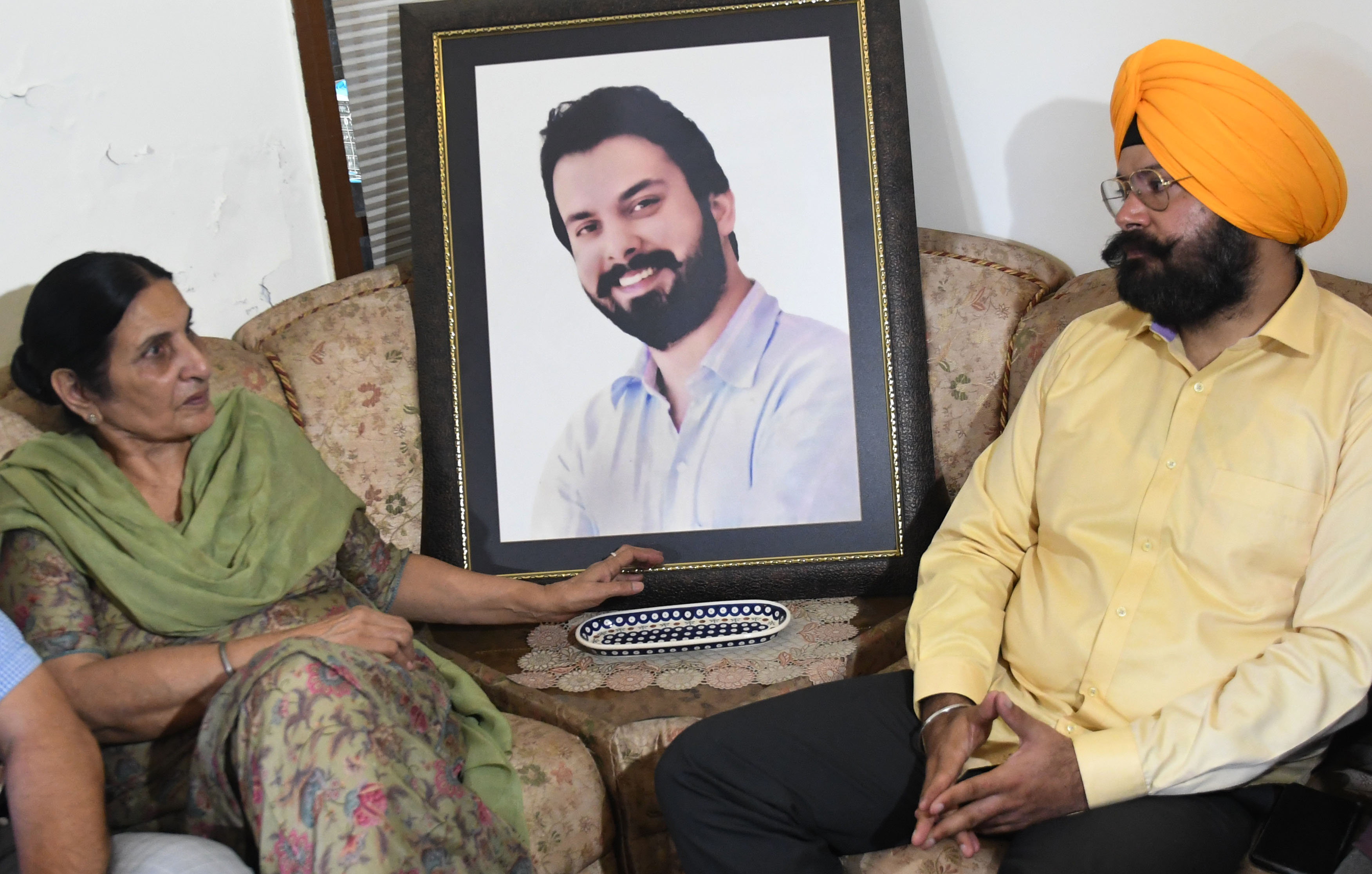 The mother & brother of Sukhmanpreet Singh Sidhu, aka Sippy Sidhu, address the media in Mohali on Thursday. Manoj Mahajan

National-level shooter and advocate Sukhmanpreet Singh Sidhu, aka Sippy Sidhu, who was shot dead at a park in Sector 27, had visited the park for three consecutive days before being shot on September 20, evening.

The CBI, in its report, has stated that in the last three days, from September 18, 2015, to September 20, Sippy had visited the Sector 27 park. Sippy’s mobile location was of Sector 27.

On September 18, 2015, Sippy was supposed to watch a movie, “Everest”, in the evening at Elante Mall, with his girlfriend. When Sippy was present with her in his car, he received three calls made from mehndi applier Harishankar Gupta’s phone at Sector 19 between 8.11 pm and 8.13 pm.

After the calls, Sippy was upset and nervous. Sippy cancelled the show after which he dropped his girlfriend back to Mohali.

According to the investigating agency, the impact of the calls was so strong that Sippy reached Sector 27 at 9.06 pm. Later, at 9.45 pm, his mobile location was of his house in Mohali.

Earlier in the day, accused Kalyani Singh had visited Sippy’s office and both were discussing some issue where she was speaking loudly and Sippy tried to pacify her.

On September 19, 2015, too, Kalyani had come to his office. After she left, Sippy was upset, revealed the CBI investigation. Interestingly, her mobile location was not corroborating it. Later that day, from 6.32 pm, Sippy’s location was found in Sector 27, Sector 19 and Sector 16, up to 9.03 pm. Thereafter, he returned home. On September 20, 2015, Sippy told his mother Deepinder Kaur that Kalyani had called him at the Sector 27 park. He left home around 7.30 pm. By 11 pm, when Sippy’s mother called him, it was picked up by a woman officer, who told her about Sippy’s death.

Sippy was shot dead around 9.30 pm with a .12 bore weapon. Four bullets were fired from it. One of the shots was fired from the back and three from the front. The murder case was initially investigated by the UT police. The role of the Judge’s daughter in the murder had cropped up during the investigation. However, the case was transferred to the CBI in 2016.

Mohali: “We have full faith in the judiciary, but till the case is being heard in the court, the Acting Chief Justice of the Himachal Pradesh High Court, who is also the mother of the accused, should be sent on long leave as she can influence the court proceedings”. This was stated by Deepinder Kaur and Zippy Sidhu, mother and younger brother of the victim, Sukhmanpreet Singh Sidhu, aka Sippy Sidhu, a national-level shooter and advocate, who was shot dead at a park in Sector 27, Chandigarh. Thanking the Almighty, they said with the arrest of Kalyani Singh, daughter of Acting Chief Justice Sabina, by the CBI in the murder case, they had won half the battle. They said they would continue to fight to take the case to its logical end.