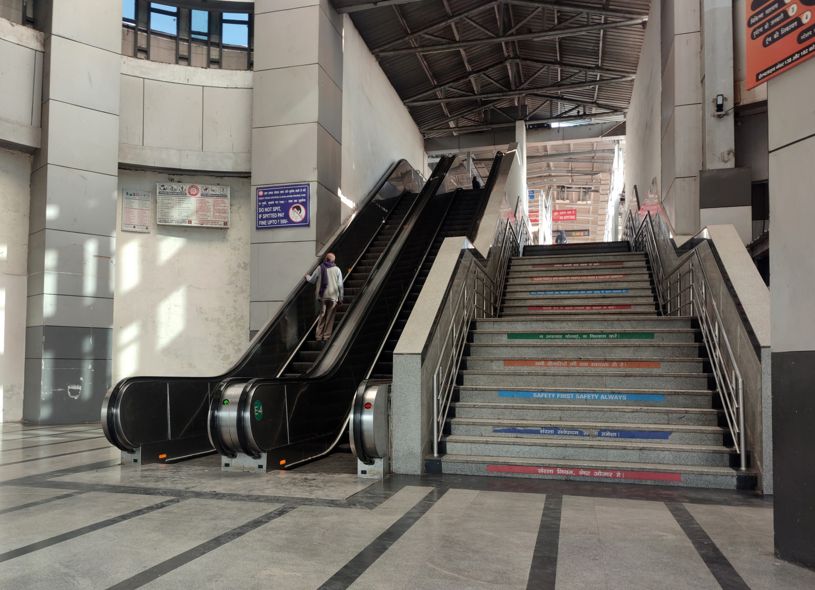 Those boarding a train or visiting the Chandigarh railway station to see off or receive a passenger need to watch out!

The recent incident of a local woman’s purse being snatched while going up the escalator has put a question mark on the safety of passengers at the facility, which boasts of CCTV surveillance and round-the-clock security. Earlier too, five men had snatched Rs 77,000 from a passenger aboard the Chandigarh-Lucknow Sadbhavna Express at the station.

Will step up vigil

Most of the complaints received are of snatching on board trains. As far as the railway station is concerned, we step up vigil. Manisha, SHO, GRP

Sharing her agony, Manbir Sandhu, an assistant professor at a city college, said she took an escalator to pick up her daughter when a man wearing a monkey cap snatched her hand purse on November 30.

“I had just got on the escalator when the suspect sneaked up from behind and snatched the purse, before fleeing. It was difficult to come down a moving escalator. The area was virtually deserted,” she claimed.

She approached the railway's police station, where on scouring the CCTV footage it was found the area was a blind spot. She later got a call from a Good Samaritan, who claimed to have found a purse, containing cards, abandoned in the parking lot. The suspect had dumped the purse after emptying out cash (Rs 500).

"Those present there told us snatchers adopted the modus operandi of taking away valuables and getting rid of the purse," said the victim.

Similar incidents have also been reported aboard trains at the station. On January 1, five suspects had snatched Rs 5,000 from a Bijnore native who had boarded the Sadbhavna Express. The suspects further snatched luggage, containing Rs 26,000 and an iPhone of a passenger going from Kalka to Delhi on the Netaji Express. The suspects were later arrested.

In November last year, a man had entered a train as it left the railway station and snatched a woman's purse containing Rs 1.10 lakh in cash and valuables. He escaped by jumping off the train, but not before attacking the victim, who escaped unhurt. The victim was travelling from Kalka to Jammu.

The Government Railway Police (GRP) here say they regularly patrol the area and keep tabs on activities of miscreants. But, the station is surrounded by a few colonies, where certain youths take drugs and often indulge in criminal acts.