Snatchers on the prowl, target 3 in Chandigarh 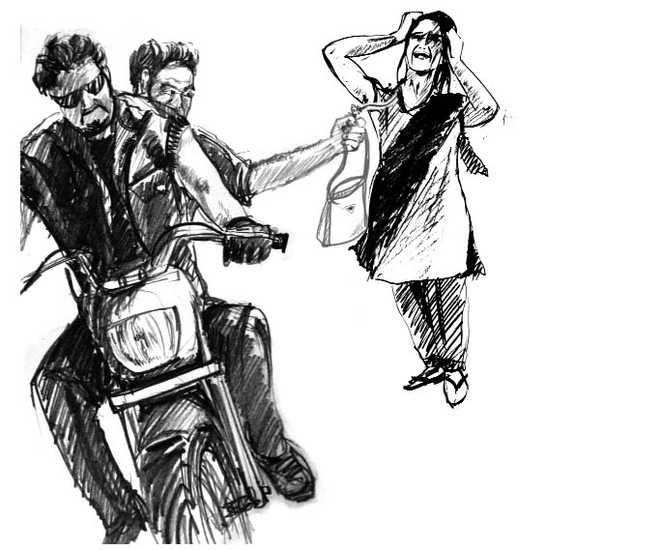 Three snatching incidents were reported from the Chandigarh in the past 48 hours. Photo for representation only

Three snatching incidents were reported from the city in the past 48 hours.

According to the police, a motorcycle-borne miscreant snatched a purse from a woman in Sector 34 on April 5. The victim, a resident of Sector 85, Mohali, reported that her purse contained Rs7,000 and a mobile phone. The police were informed, who visited the spot. A case has been registered at the Sector 34 police station.

In another incident, Mohit Sharma, a resident of Sector 47, reported that two persons riding an auto snatched his mobile phone and purse containing Rs6,000, two credit cards and important documents from near the petrol pump in Sector 31 on April 5. A case has been registered at the Sector 31 police station.

An auto driver allegedly snatched a mobile phone from a man on April 4. Complainant Kailash, a resident of Sector 4, reported that the miscreant snatched his phone on the road separating Sector 8 and 9. The police have registered a case at the Sector 3 police station.