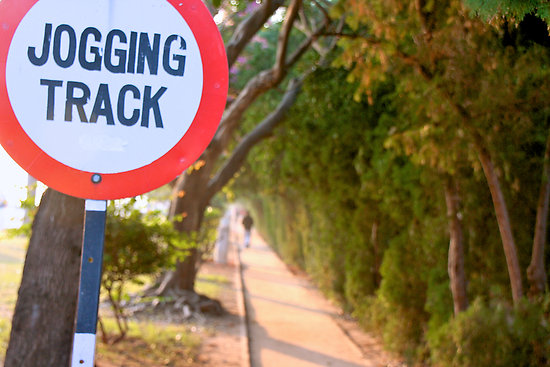 There is something to cheer for joggers in the city. Synthetic turf will soon replace the jogging track at Sukhna Lake.

There is something to cheer for joggers in the city. Synthetic turf will soon replace the jogging track at Sukhna Lake.

UT Administrator Banwarilal Purohit today gave in-principle approval to laying of the track at the lake, which draws a large number of walkers and joggers every day.

After getting approval from the Heritage Committee and the Sports Authority of India, the UT Administrator gave the go-ahead to the project, said UT Adviser Dharam Pal. He said it would be an all-weather track.

On the track dimensions, CB Ojha, Chief Engineer, UT, said it would be nearly 2 km long and 5-6 feet wide. The track will start from the peepal tree near the Sukhna Police Post and end just short of the regulator end.

Joggers had for long been demanding a synthetic track on the dirt track at the lake, as it was difficult to run during monsoon.

Maninder Singh, a businessman, said the synthetic track would be beneficial for elders as it would put less strain on their knees. In the rainy season, too, it would allow jogging without the risk of getting hurt, he added.