Special nakas set up in 3 districts of Rupnagar range : The Tribune India

Special nakas set up in 3 districts of Rupnagar range 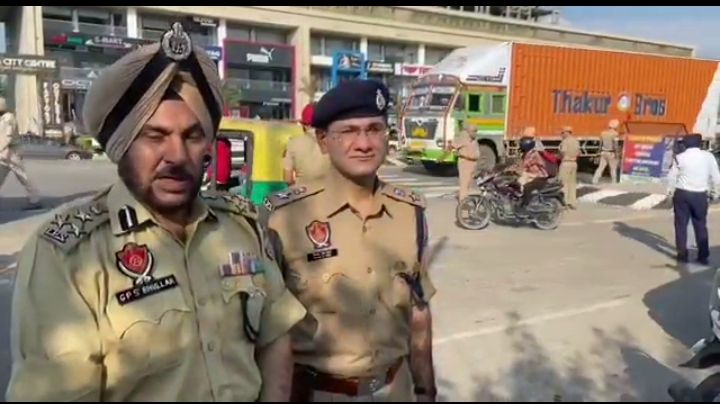 Cops check vehicles at a naka in Mohali.

On the directions of Punjab DGP Gaurav Yadav, special nakas were set up in all three districts of the Rupnagar Range here today. The aim of laying the nakas was to identify persons of suspicious character and stop drug smuggling.

He said today’s drive was carried out between 4 pm and 7 pm in the entire Punjab. A special ‘nakabandi’ was done and persons of suspicious character were questioned. All police officers, including the ADGP rank, conducted ground-level supervision during the ‘nakabandi’.

He said DGP Gaurav Yadav himself reviewed the activities during the nakabandi in Ropar today. In Mohali district, nakabandi was done under the leadership of Mohali SSP Vivek Sheel Soni. A total of 33 special checkpoints were set up in Mohali district where 280 police officers of all ranks were deputed.

In order to prevent drug trafficking, sniffer dogs were also pressed into service during the ‘nakabandi’. He said the VAHAN portal was also being used by the police to identify vehicles with fake number plates.