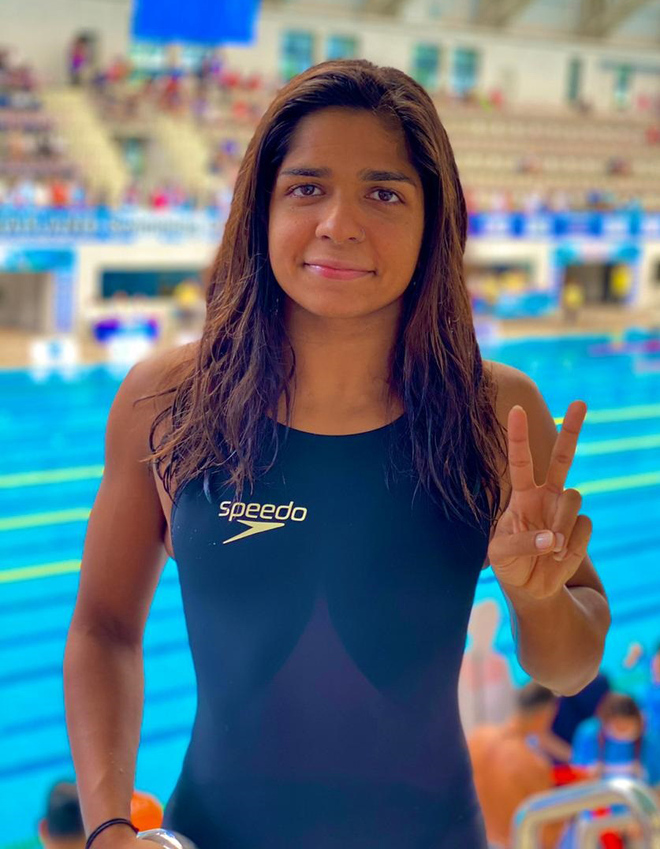 Stuck in Thailand since March due to the lockdown proved to be a blessing in disguise for local swimmer Chahat Arora, who won the 100m breaststroke event in the Arena Thailand Swimming Championship today.

‘7-month lockdown stay worth it’

I came to Thailand in March and got stuck due to the lockdown. I had come to attend a one-month training programme unaware of the fact that I would end up here for the next seven months, but it was worth it.- Chahat Arora

Not only this, she remained the top Indian performer by winning the event in 1:14.42s. She bettered the previous record of 1:14.46s by any Indian in the championship to claim a new meet record on her name. She had gone to Thailand to attend a one-month training programme.

“I came to Thailand in March and got stuck due to the lockdown. I had come to attend a one-month training programme unaware of the fact that I would end up here for the next seven months,” said Chahat. She said, “I started practising here in March. However for two months — June and July, we were asked to stay out of the swimming pool. After July, the government allowed opening of swimming pools and I joined back practice. After having a new meet record in this event, I feel it was worth waiting here for seven months.”

Chahat, who represents Mohali and Punjab in state and national championships, had won many international championships. Her last year’s performance in the 13th South Asian Games in Nepal, where she had won two gold medals, a silver and created a new short-pool national record — is still fresh in the minds of swimming lovers.

On challenges in this particular championship, Chahat said only swimmers who were staying in Thailand were allowed to compete in the three-day championship. “In my event, another Indian swimmer, Annie Jain, claimed the third position. Swimmers from other countries, who are studying here, also participated in the event.”

She said now that the championship was over, she would coming to Chandigarh next week.