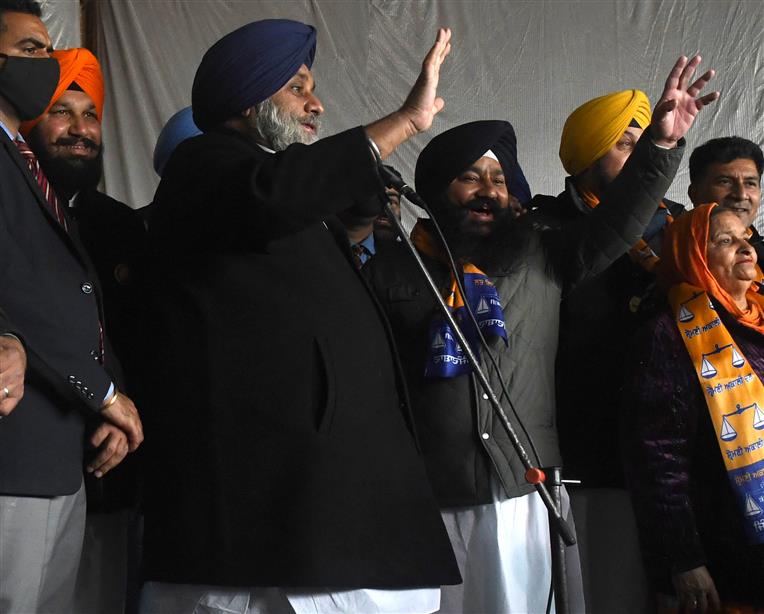 Shiromani Akali Dal (SAD) president Sukhbir Singh Badal has said the dual face of Delhi Chief Minister Arvind Kejriwal towards Punjabis has been exposed over the release of Devinder Pal Singh Bhullar and other Sikh prisoners as he had failed to sign the files for their release.

Badal stated this during an election campaign of Parvinder Singh Sohana at Barri village in Mohali district. He said despite the reports of the screening committee and the jail warden were submitted thrice, Kejriwal did not sign the files. He said the Sikh prisoners languishing in the Tihar jail and other jails of Delhi had already spent their jail sentence. He alleged that every farmers jailed during the farmers’ protest had claimed that they were harassed in the jail and were forced to do menial jobs.

He claimed that all national parties were trying to weaken the SAD to control Punjab and its people. Having a dig at AAP for giving ticket to realtor Kulwant Singh, he said earlier CM candidate of AAP Bhagwant Mann had claimed that they would offer ticket to downtrodden people like rehriwalas and small-time shopkeepers, but now, according to information, they were allegedly selling ticket for a whopping Rs20 crore.